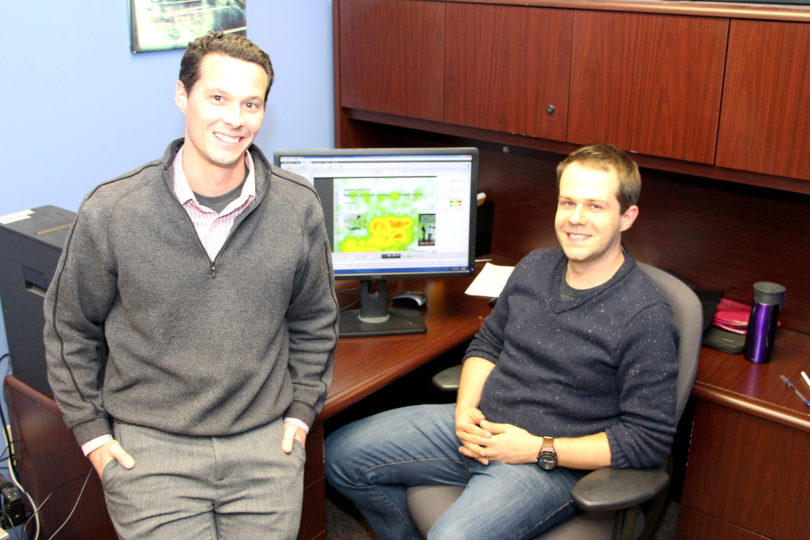 Fewer than 1 in 5 users recognized native advertisements as ads

Athens, Ga. – The appearance of online editorial content and native, or paid, advertising is blurred in the minds of consumers, according to a research study from the University of Georgia Grady College of Journalism and Mass Communication.

What distinguishes native advertising from display advertising is that native ads are designed to look like they belong as part of the editorial content and can, at times, be hard to tell apart from the publisher’s content. Publishers use disclosure labels, or elements that identify these articles as promotional content, to distinguish these articles from regular editorial content.

In the study, published in the December Journal of Advertising, Bartosz W. Wojdynski and Nathaniel J. Evans, both assistant professors in the Grady College, conducted two experiments using online news articles to examine the differences that the language and positioning of the disclosure labels make in determining whether consumers recognize sponsored articles as advertising content.

“I think that many publishers and advertisers assume that just because they put a label on the content, consumers will automatically understand that the article they’re reading is a paid advertisement,” Wojdynski said. “These results show that’s not the case at all, although the design of the disclosure label can make a big difference.”

The first study invited subjects to read online content featuring two stories: one that was editorial content and one that was a native ad featuring a quote from the executive of a fictitious company. Twelve versions of the second story were presented, all with varying disclosure label language-“advertising,” “sponsored by,” “brand voice” and “presented by”-and different positions for the disclosure label-on the top, middle and bottom of the article page.

The study found that readers were seven times more likely to identify as advertising those articles that used “advertising” or “sponsored content” in the disclosure label compared with those that used terms like “brand voice” or “presented by.”

The second study used eye tracking to determine the best position for disclosure labels within native advertising articles. When a native advertisement disclosure was at the top of the page, only 40 percent of the viewers looked at it, but when the disclosure was in the middle of the page, 90 percent looked at the label. Sixty percent of the viewers noticed advertisement labels at the bottom of a page.

These findings are surprising in light of the Federal Trade Commission’s recommendations that native ads in print include a disclosure label at the top of the content. In fact, both studies found that readers were more likely to correctly identify articles as paid advertising when the disclosure label was positioned in the middle of the story page.

Native advertising is a growing industry. According to statistics from Business Insider Intelligence, spending on online native advertisements is expected to be $7.9 billion in 2015 and could eclipse $21 billion by 2018. Native advertising is now even progressing beyond just words and pictures to also include 360 degree video recently introduced in the New York Times in conjunction with the paper’s other virtual reality offerings.

“You are always going to see changes in advertising,” Evans said. “The media landscape will always outpace our complete understanding of it.”

Consumers have become good at ignoring traditional display ads online. Since native ads look like regular online content, there is a higher, positive value. However, this presents a slippery slope for advertisers and online news publishers, who need to maintain trust and credibility with their readers.

“We think that it’s important for the advertisers, as well as the publishers, to be as transparent as possible so the reader doesn’t feel they are being tricked,” Evans said. “Being forthcoming is really important.”

Currently there are no clear guidelines for native advertising online as there are for native print ads regulated by the FTC.

“It’s going to be interesting to see how audience recognition of native ads changes over the next couple of years as the novelty of these ads wears off and people become more attuned to how disclosure practices are going to influence the way people respond,” Wojdynski added.

“Advertisers, publishers and PR agencies are increasingly involved with producing this content, so they will all have a stake in this model working long term. The question is how to get it to work the best where the publishers don’t have to worry about consumers leaving them because they feel deceived by some of the content.”

The study, “Going Native: Effects of Disclosure Position and Language on the Recognition and Evaluation of Online Native Advertising,” is available online.

About Grady College
Established in 1915, the UGA Grady College of Journalism and Mass Communication offers undergraduate majors in journalism, advertising, public relations and entertainment and media studies. The college offers several graduate degrees and is home to the Peabody Awards, internationally recognized as one of the most prestigious prizes for excellence in electronic media. For more information, see www.grady.uga.edu or follow @UGAGrady on Twitter.