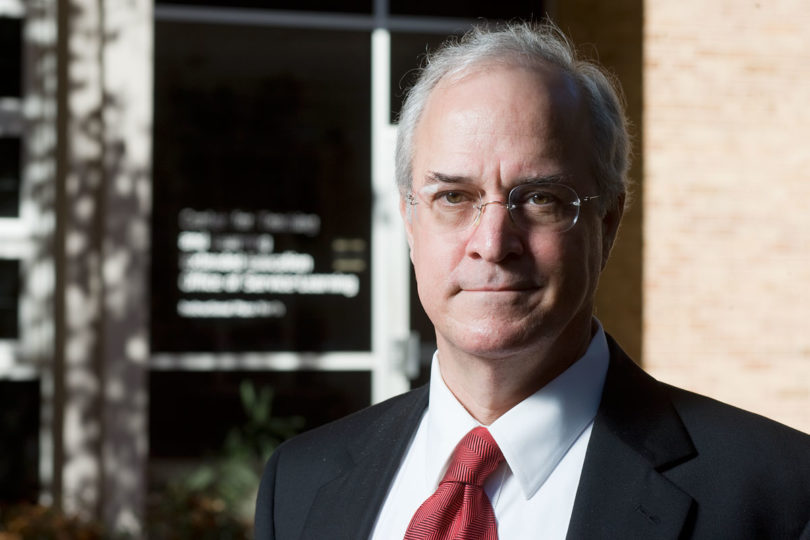 In its 30-year history

Nelson Hilton, head of UGA’s English department, has been named the new director of the university’s Center for Teaching and Learning.

Hilton, whose appointment was effective Jan. 1 subject to approval by the University System Board of Regents, will succeed William Jackson, who is retiring Feb. 1.

The Center for Teaching and Learning is the new name of the department previously known as the Office of Instructional Support and Development.  The name change, effective
Jan. 1,  was recommended in the report of UGA’s Task Force on General Education and Student Learning, which also called for strengthening the office with additional resources and focusing on “best practices” in teaching.

Hilton has been on UGA’s English faculty since 1979 and has been -department head since 2001. A nationally recognized authority on the 18th century poet William Blake, he has extensive experience in using technology for classroom instruction.

The Center for Teaching and Learning assists faculty with development of instructional multimedia and with WebCT training and support. The office also coordinates teaching assistant support and is one of three units responsible for operation of the Student Learning Center.

The director also serves as the university’s director of extended education and coordinates off-campus and distance education programs.

“I am delighted that we were able to appoint a person of Dr. Hilton’s talent and experience to this position,” Dunn says.  “He has worked extensively in instructional technology and comes from a department with wide-ranging instruction responsibilities.”

Hilton has received three UGA learning technologies grants to develop computer-based techniques for teaching English composition and other courses.  He has also received two faculty research grants and two fellowships from UGA’s Center for the Humanities and the Arts.

He has served on both the Campus Information Technology Forum and the Instructional Advisory Committee.  He is a member of the executive committee of the South Atlantic Association of Departments of English and was chair of the Graduate English group for the South Atlantic Modern Language Association.