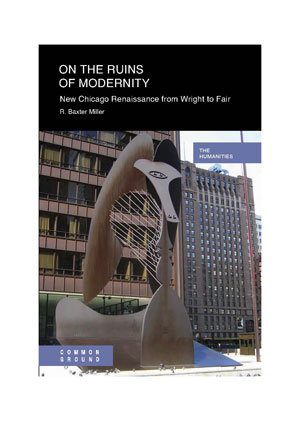 On the Ruins of Modernity: New Chicago Renaissance from Wright to Fair
By R. Baxter Miller
The Humanities
$25; $10 e-book

In On the Ruins of Modernity, Ron Baxter Miller, professor of English and African-American studies, proposes that as the centuries turned and the nation became more diverse, the great Chicago Renaissances—especially the literary and cultural ones—never really ended. The nation’s cities simply became more richly complexioned and culturally nuanced. Hence, the great Popular and Cultural Fronts of the ’30s resurfaced as the innovative Black Arts Movement of the late ’60s and early ’70s.

By the last third of the 20th century, Chicago epitomized a dynamism among several of the most gifted African-American writers in the nation’s history. Though the great trace of African-American literary imagination had nearly always led through the Harlem Renaissance of 1920s New York, a new trajectory took a decisive turn toward the Great Lakes. It has taken until the early decades of the 21st century to realize that the cultural map of the last hundred years had already changed.