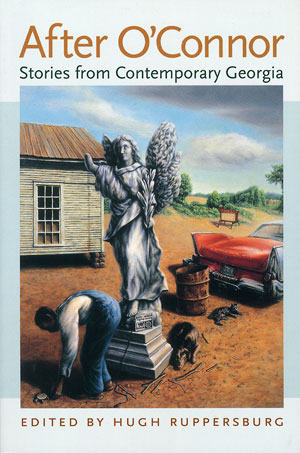 After O’Connor
Edited by Hugh Ruppersburg
University of Georgia Press
$19.95

The state of ­Georgia has produced some of the major figures of modern literature, including Carson McCullers, Erskine Caldwell and, most notably, Flannery O’Connor. While such writers are firmly established in American literary history, all too few readers are aware of how the state’s tradition of literary excellence persists in the present day. After O’Connor: Stories from Contemporary Georgia is a luminous gathering of short fiction that showcases Georgia’s thriving literary scene.

It is edited by Hugh Rup­persburg, a UGA professor of English and associate dean of arts and sciences.

The 30 stories in After O’Connor were written during the past 15 years by authors who were born in Georgia or spent a significant part of their lives and careers in this state.

Embracing the social, cultural and ethnic variety of today’s ­Georgia, After O’Connor both ­advances and helps define the great Southern storytelling tradition.