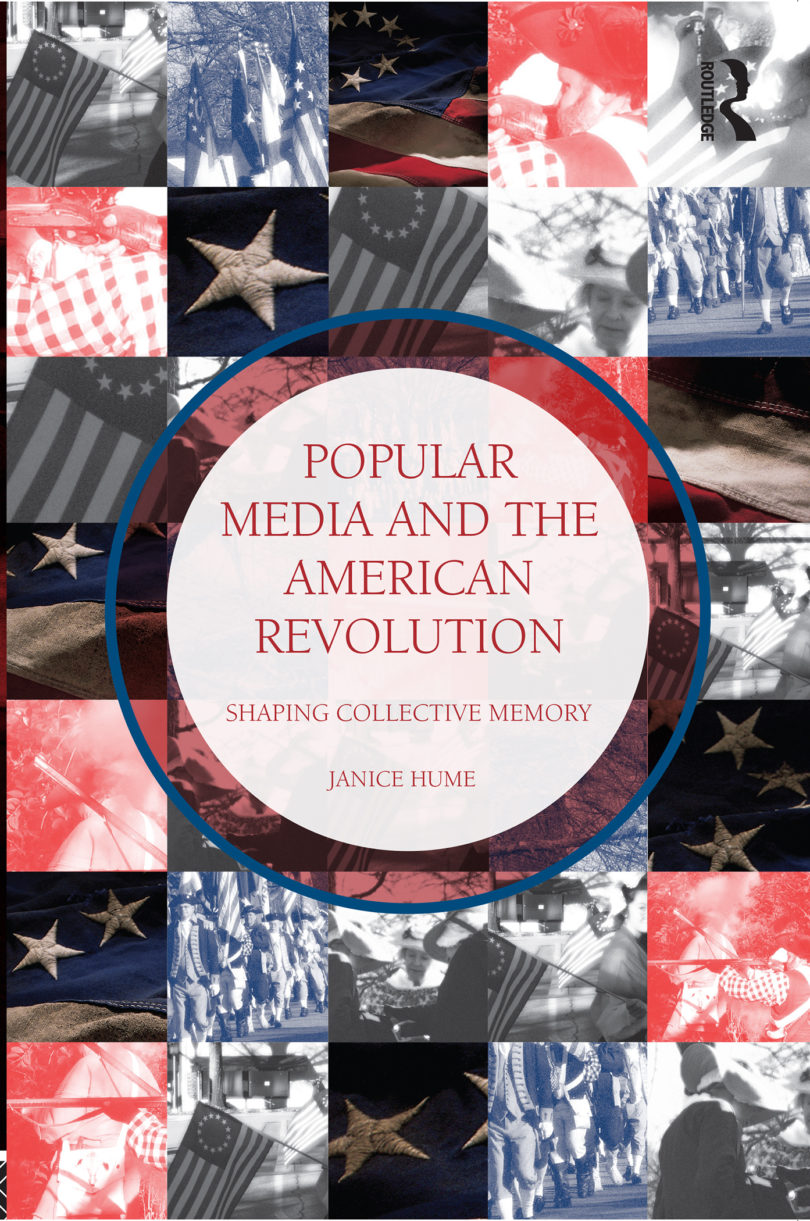 Athens, Ga. – Janice Hume, journalism department head for the University of Georgia Grady College of Journalism and Mass Communication, has authored a new book, “Popular Media and the American Revolution,” focusing on the power of collective memory in shaping the stories people remember.

“This is a book not as much about the American Revolution, as much as it is about how the press helps us remember the revolution,” said Hume.

She explains in the book that many historical memories are stories told to serve current needs rather than remembering facts.

The genesis of the book started when Hume moved to Georgia and started exploring the history of the area. She soon discovered that Washington, Ga., was the first town in the U.S. named for the nation’s first president. This led her to do further research about the American Revolution where she recognized that many stories were recounted from newspaper articles. She also noted the frequent references to the American Revolution in obituaries. Hume, who has experience studying obituaries, said she got the idea of writing the book because of how often icons of the revolution were mentioned in obituaries.

“George Washington gets mentioned all the time, even in today’s culture,” Hume said. “People have such a strong connection with American history.”

Research for the book included visits to the Library of Congress to reference history books from all 13 colonies. The research found that through many early books, newspaper stories were referenced, proving a relationship between the earliest history and journalism.

“There is an American narrative that gets told over and over again,” Hume also said. “It is repeated and crystallized into memory, but the further away we get from the actual war, the more the press embellishes stories. These layers and layers of embellishment are part of the lore, but they serve current needs, not history.”

Lore shows that Pitcher, for example, is a woman known for taking over an artillery canon on the front lines after carrying water to soldiers. History illustrates that there was no one woman named Molly Pitcher, but instead she is likely a composite of several women who supported the soldiers.

“What I hope people get out of the book is an understanding of how legends grow,” said Hume. “There is an unabashed love of country that comes out of these stories, but there are also a lot of people who get left out.”

In addition to stories about specific American Revolution icons, Hume discusses some of the people who were left out of the cultural narrative, as well as how some traditions evolve into what we know about them today. Hume discusses, for instance, how July 4th came to be recognized as Independence Day, when in fact the Declaration of Independence was not actually signed on the fourth.

Hume also wrote a chapter reviewing how the American Revolution is recalled via electronic media by studying the Peabody Award archives, which are housed at UGA.

Hume also took all the photographs shown in the collage on the cover of the book.

Hume teaches magazine writing, management and media history. Her research focuses on American journalism history, public memory and media coverage of death. Hume received her doctoral, master’s and bachelor’s of journalism degrees from the University of Missouri. Prior to joining UGA, Hume spent 12 years as a newspaper reporter and features editor. She was lifestyle and arts editor at the Mobile Register in Alabama and she served on the faculty of the A.Q. Miller School of Journalism and Mass Communication at Kansas State University. In addition to Hume’s most recent book, she has authored “Obituaries in American Culture” and co-authored “Journalism and a Culture of Grief.”

The book is available at UGA bookstore as well as online at http://amzn.to/1fLkofC.