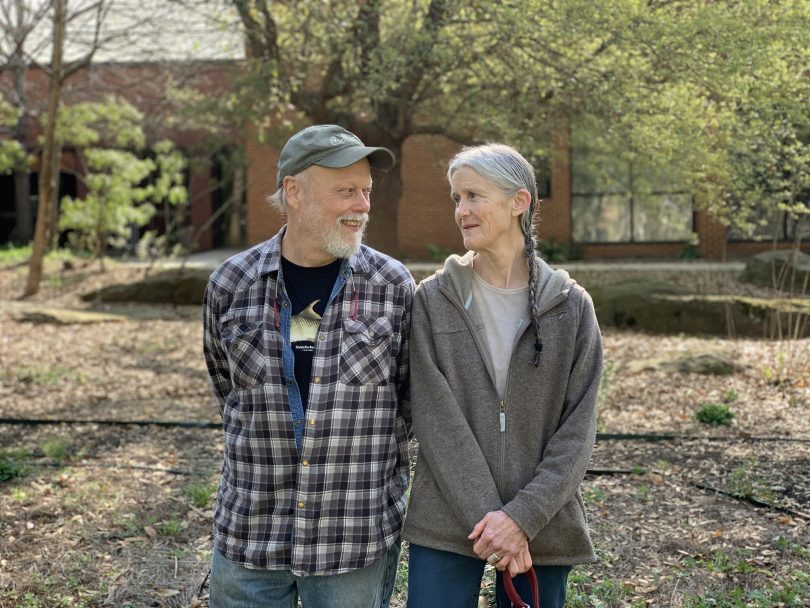 University of Georgia ecologists Mary and Byron “Bud” Freeman are being recognized for their contributions to freshwater science in the most fitting way possible—with the naming of a newly discovered fish species in their honor.

The Etowah bridled darter (Percina freemanorum) was identified by Thomas Near, an ichthyologist and evolutionary biologist from Yale University. Near and his colleagues examined nearly 200 specimens of darters collected from the Etowah River system in North Georgia. Based on DNA sequencing and notable differences in physical form, he determined that what had long been thought a population of the bridled darter Percina kusha was in fact a different species altogether. 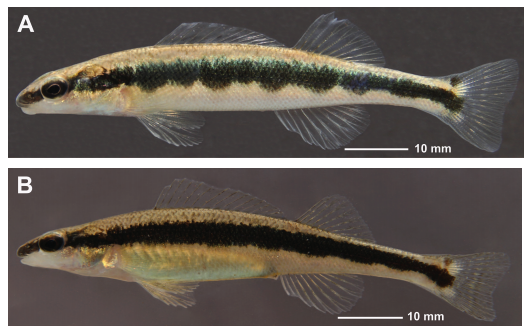 Percina freemanorum—the suffix “-orum” is a designation used in taxonomic naming to honor a group or pair—is described in a paper published April 2 in the Bulletin of the Yale Peabody Museum of Natural History.

Near cited the Freemans’ influence on freshwater science—and scientists—as his motivation for naming the new species in their honor.

“The citizens of Georgia have a wonderful Etowah River watershed, and any limits to impacts from human activity are in a large part due to the efforts of Mary and Bud Freeman,” Near said. “From the very start of my career, both Mary and Bud were always encouraging, freely open with their observations and data, and helped set a tone of collegiality among the large community of scientists studying the species-rich North American aquatic biodiversity.”

“[The Freemans] have helped revitalize a pride for people in terms of what the diversity of the Southeast is about,” said John Wares, a professor of genetics and ecology and curator of genomics and aquatic invertebrates at the Georgia Museum of Natural History. “They are a really unique resource for us here at the University of Georgia, and I think their impact has been huge across the Southeast and beyond.”

The Freemans have done groundbreaking research about freshwater species and ecosystems for decades, with hundreds of publications to their names. Much of their work has been done in the Etowah River system, bringing attention to the region’s status as a hotspot of aquatic biodiversity. Their findings have informed efforts to protect species diversity throughout the Southeast and beyond: Many of the freshwater species in the area, including Percina freemanorum, are found nowhere else in the world and are considered imperiled. 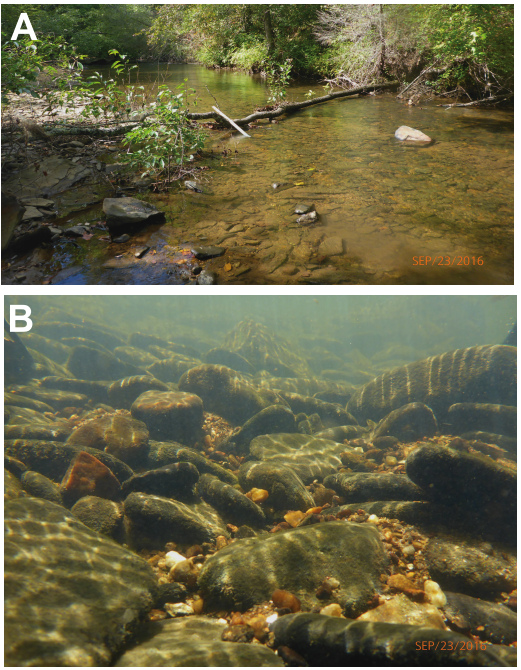 The habitat of the newly discovered fish in Amicalola Creek, Dawson County, Georgia. (Photographs by Georgia Department of Natural Resources)

Bud Freeman, a senior public service associate in the Odum School of Ecology and director of the Georgia Museum of Natural History, has focused his research in large part on the distribution and abundance of southeastern fishes. Mary Freeman, a research ecologist with the U.S. Geological Survey and an adjunct faculty member in the Odum School, works to understand how human activities affect the characteristics of streams and rivers and, in turn, the persistence of the species that live in them. This combination has made them a powerful team.

“Between the two of them, they have made important contributions to our understanding of the genetics, the systematics—meaning what species are assigned to different groups—and to our understanding of the ecology and natural history of native fishes and freshwater organisms,” said Seth Wenger, director of science at the UGA River Basin Center, who has worked with the Freemans for many years. “They also have complementary strengths, although they both share a love of the fish themselves, and the ecosystems … an excitement and an appreciation for the natural history.”

The Freemans have also had a major influence through their teaching and mentoring. 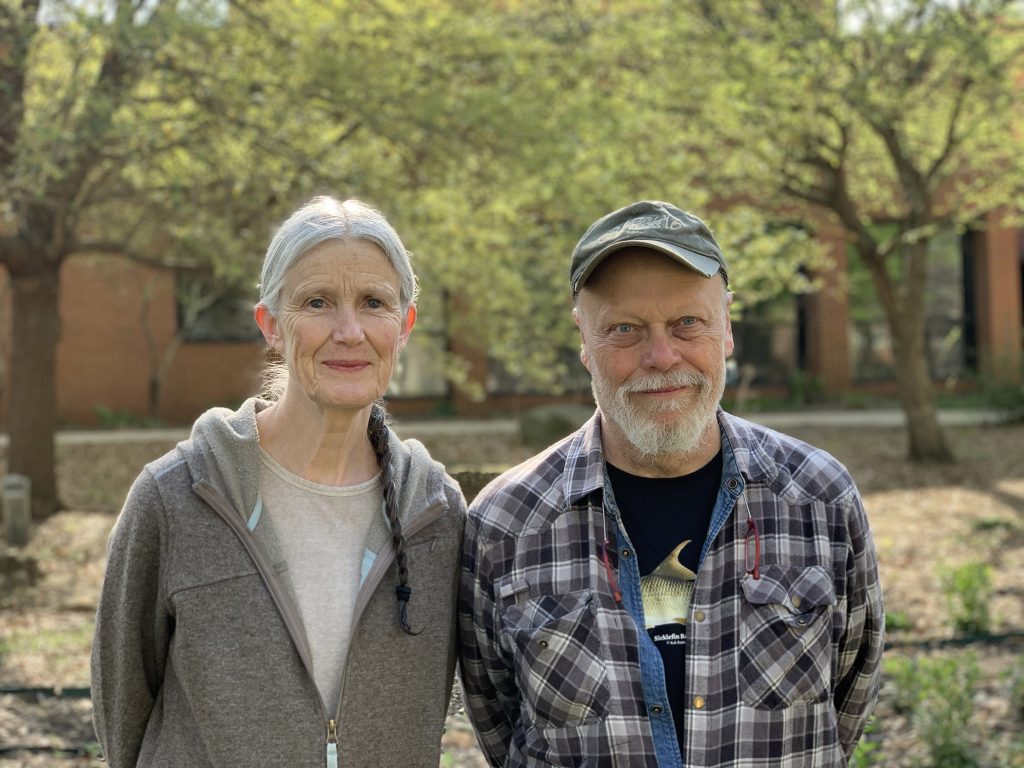 “For many of us who have come to work on these issues and with these critters over the last few decades, the Freemans have served as wonderful role models, mentors and inspirations. Lately they’ve been getting more recognition, which many of us feel is long overdue, given the dedication that they have had,” said Wenger, noting that Mary Freeman was recently named a Fellow of the Society for Freshwater Science and the recipient of that organization’s Environmental Stewardship Award.

“They have a phenomenal power to open up new ways of thinking about ecology and freshwater ecosystems,” Wares said. “Their ability to deeply immerse the people around them in thinking about natural history and its relevance to why species are disappearing, or thriving, is really why I got into biology.”

The Freemans’ passion for ecology, for learning, for nature has not waned over a career of more than 40 years, and they are both eager to get back to work on some larger projects that have been on hold for the past year.

“That’s what we do. This has been our lives. We complement each other in our interests and our skills,” said Bud Freeman. He called the naming an “enormous honor.”