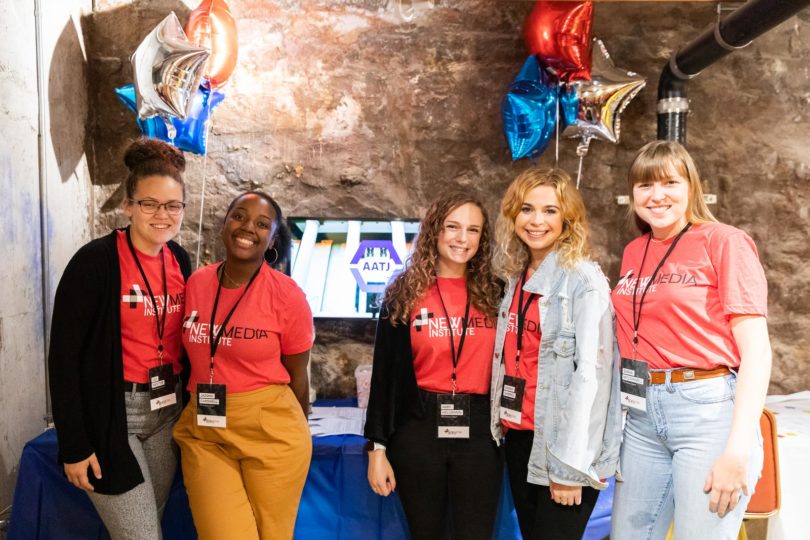 You don’t have to binge watch “Law & Order” episodes to know that—just after the right to remain silent—you have a right to an attorney. And if you can’t afford one, a lawyer will be provided for you.

But while that right applies to criminal cases, it does not extend to civil matters.

So, if you’re trying to fight an eviction, get custody of a child or file for divorce, then you have to either hire a lawyer or represent yourself. For many people, the first option is too expensive, the second too complex.

To address a need in Athens, a group of University of Georgia students partnered with the volunteer organization Athens Access to Justice to offer technology-based solutions to help with this issue. The students developed a website that begins to make civil law a little more approachable for litigants hoping to argue their own cases, without a lawyer.

The students completed the site as part of a semesterlong capstone project in the New Media Institute, part of the Grady College of Journalism and Mass Communications. This kind of project-based learning, which pairs actual clients with student teams, is becoming a larger priority of the university through UGA’s Innovation District initiative.

Lanier is the UGA School of Law’s associate dean for clinical programs and the director of the Mediation Clinic. She helped found Athens Access to Justice a few years ago to help low-income Athens-Clarke County residents make sense of the civil law system, navigate the process and advocate for themselves.

The organization hosts “court help” hours at the county courthouse, where volunteers help litigants understand the process and paperwork involved in their civil cases, and monthly pop-up clinics throughout the county. The initiative is a collaboration between Athens-Clarke County, the local Bar Association and the School of Law.

But while Lanier knows the civil justice system well, she admits that she knows almost zilch about building a website, much less designing one that can help people navigate civil law in their own time.

Enter students from the New Media Institute. Through the fall semester, they worked closely with Lanier and the program’s volunteers to create a website from scratch. With help from UGA law students and volunteers, the NMI students built tools that defined legal jargon and identified the paperwork and processes necessary based on the specifics of a litigant’s case.

Civil law was a whole new world for the students on the team, who found that working for a this client pushed them even harder and helped them learn even more.

But they identified with the cause. They could imagine finding themselves in some sort of legal maze without the resources to get themselves out of it.

“That could be any of us,” said Lili Hester, one of the students who worked on the project. “Usually for a class project, you do what’s best for you—what’s easiest or what you’re best at.”

But that wasn’t the case this time, she said.

“We hit walls and kept working because we were trying to put the client first. It’s just different when you’re working for someone who makes an impact on your community.”

Capstone projects have been a part of many UGA degree programs for some time. In fact, this project was the follow-up to a School of Social Work design-thinking capstone project, under the direction of Kristina Jaskyte Bahr. Social work students worked with several Athens-area nonprofits to suggest projects that could magnify community impact. Two of those projects were passed on to the New Media Institute, including the Athens Access to Justice Project.

For Lanier, the Justice project was so helpful that she admits she occasionally forgot she was being helped by students.

“These students are super bright and committed. They picked up the challenges pretty quickly,” Lanier said. “I thought of them as consultants who have information and expertise. The fact that they were learning at the same time is great.”

The students completed the project in December and the site went live this February.