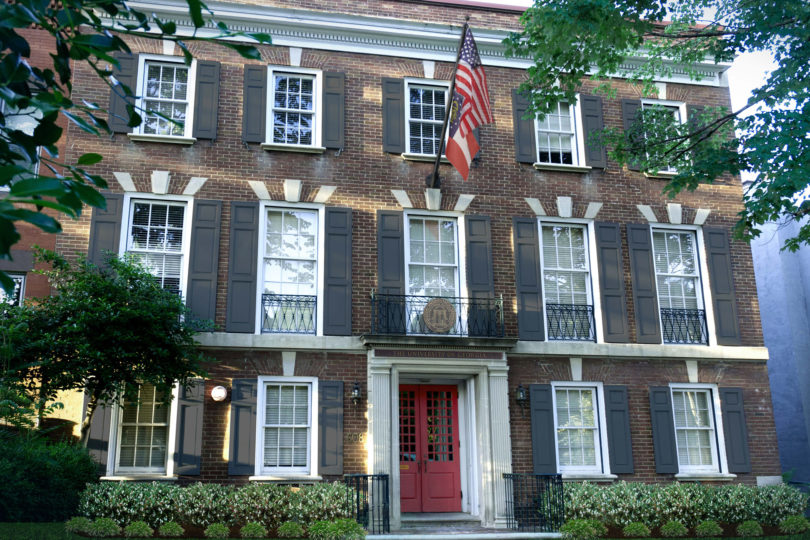 Athens, Ga. – The University of Georgia has received a commitment for a $5 million grant from the Delta Air Lines Foundation to support UGA in Washington. In recognition of the gift, UGA will name the university’s new residential facility in Washington, D.C., Delta Hall. The Board of Regents of the University System of Georgia formally approved the naming at its meeting on Feb. 11.

Funding UGA in Washington has been a priority for the university president and the UGA Foundation board of trustees as they seek to elevate the university to greater national stature. Delta’s gift also establishes a lecture series that will feature prominent speakers each year as well as five internships.

“The Delta Air Lines Foundation is proud to support the University of Georgia as it expands its reach and provides educational tools and resources to its global student population,” said Tad Hutcheson, vice president of community affairs for Delta. “Through the new facility in Washington, D.C., we aim to increase exposure for UGA and create a place where students can prosper.”

The new facility, which was purchased by the UGA Foundation in 2013, has undergone extensive renovations to transform the 20,000-square-foot space from a commercial office building to a residence hall and learning community. The renovated building provides living quarters, classroom and study space for UGA students and faculty who participate in UGA’s experiential learning programs in the nation’s capital.

The facility is located on Massachusetts Avenue in the heart of Capitol Hill. The inaugural class of students moved into the house in January, and the dedication of Delta Hall is planned for Feb. 26.

UGA has a long history of promoting and sponsoring internships in Washington, D.C. The Washington Semester Program and the Honors in Washington Program, along with several schools and colleges, have offered opportunities for students to intern and study in the nation’s capital for more than a decade.

Delta Air Lines serves more than 170 million customers each year. Delta has ranked No. 1 in the Business Travel News annual airline survey for four consecutive years, a first for any airline. Additionally, Delta was named to FORTUNE magazine’s top 50 Most Admired Companies and was selected as the most admired airline for the third time in four years. Headquartered in Atlanta, Delta employs nearly 80,000 employees worldwide and operates a mainline fleet of more than 700 aircraft. Including its worldwide alliance partners, Delta offers customers more than 15,000 daily flights to 326 destinations in 59 countries on six continents.