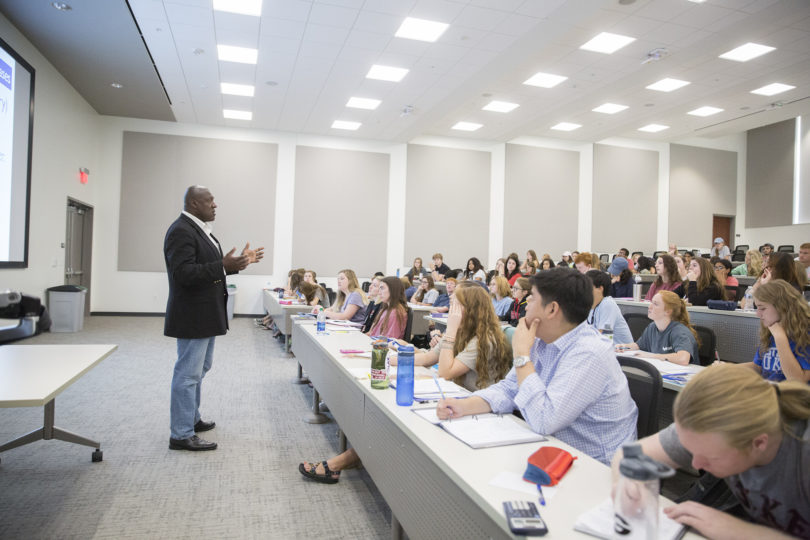 Athens, Ga. – The New York Times has once again ranked the University of Georgia 10th among the nation’s top public universities based on its commitment to economic diversity.

The New York Times College Access Index ranks institutions based on the share of incoming first-year students who receive Pell Grants, the graduation rate of those students, and the average cost of attendance for low- and middle-income students. Only institutions with an overall five-year graduation rate of 75 percent or higher are examined for the index. UGA is ranked 27th among all universities.

“The University of Georgia has made tremendous strides in expanding need-based aid for our students, and gifts from alumni, foundations and other supporters will enable us to do even more,” said President Jere W. Morehead. “Scholarships open doors of opportunity for individuals and help create a better educated population that helps our state and nation thrive.”

UGA has made need-based aid a central pillar of its Commit to Georgia comprehensive capital campaign. The Robert W. Woodruff Foundation contributed $30 million-the largest single gift received by the university to date-to expand need-based aid for students, and Morehead announced the Georgia Commitment Scholarship Program in his 2017 State of the University address. Through the Georgia Commitment Scholarship Program, the UGA Foundation will match any gift to establish an endowed need-based scholarship in the amount of $50,000, $75,000 or $100,000. The initiative is expected to create as many as 400 to 600 new annual scholarships, and more than 90 have been created to date.

For more information on the Commit to Georgia campaign, see https://give.uga.edu/.