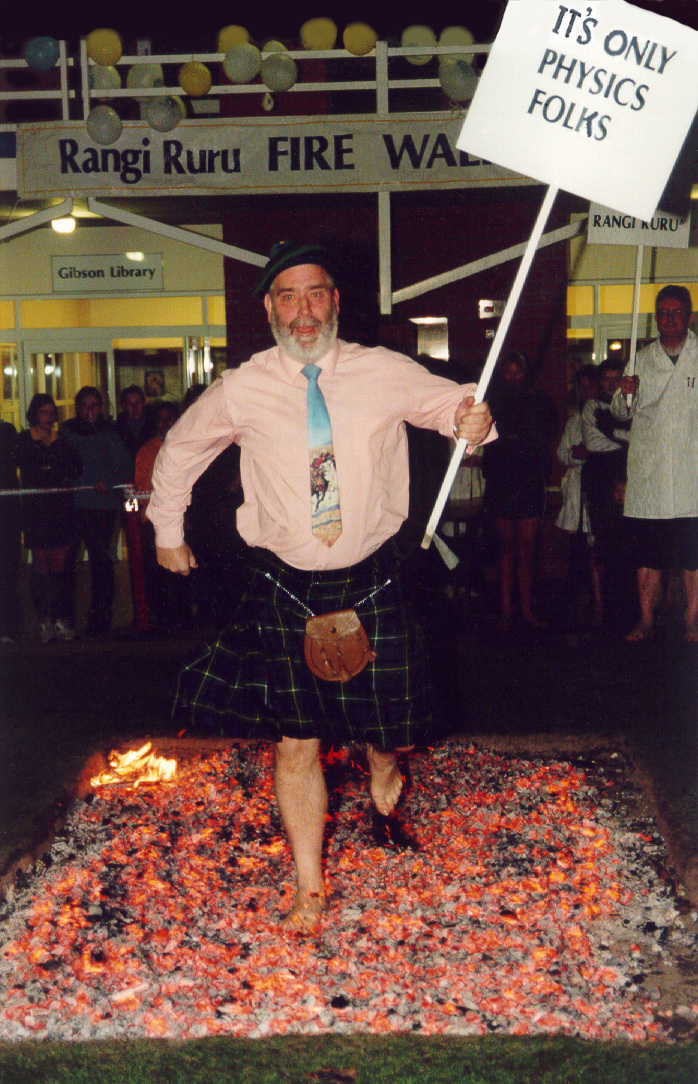 Athens, Ga. – To some, fire walking is an act of faith, belief or mind-over-matter, but for condensed matter physicist John Campbell, fire walking is a matter of thermal conductivity. Campbell will lecture on the subject at the University of Georgia Sept. 19 at 7 p.m. in the physics auditorium.

Campbell, a retired physicist from the University of Canterbury in Christchurch, New Zealand, will offer a fire-walking demonstration in the quad adjacent to the physics building following the lecture. The lecture and demonstration are free and open to the public.

“I started doing this when charlatans were charging $200 to train you to control your mind such that you can walk over red hot charcoal and be fine, and that’s just bunkum because anyone can do it,” Campbell said. “I’m a bit of a charlatan myself because I use science to explain how and why most anyone can do it.”

Campbell plans to discuss the reasons why anyone can fire walk and what the rules are, then invite those in attendance to give it try. He has visited and presented fire-walking demonstrations in Athens twice previously, most recently in 2005.

Campbell is founder of the Ask-A-Scientist program that has a weekly column in three New Zealand newspapers and has organized more than 50 fire walks throughout the country. He has received several awards for his presentation of science to the public and is the author of “Rutherford Scientist Supreme” and producer of the documentary “Rutherford,” both based on the life of Ernest Rutherford, the New Zealand-born physicist known as the father of nuclear physics.