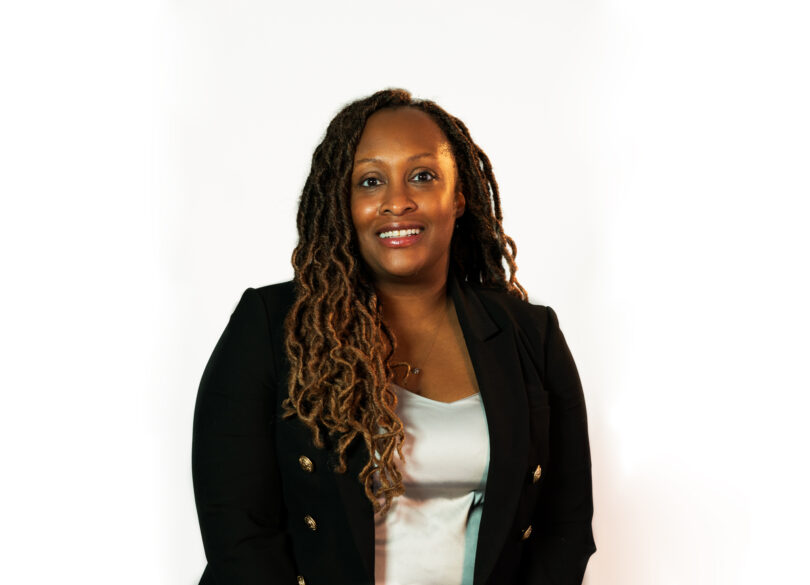 Nicole Epps MBA ’09 has always been motived to serve others; she just didn’t know what the path to get there would be.

After graduating from the University of Pennsylvania and completing a post-college stint with Teach for America in Georgia, the Brooklyn native found herself in Atlanta, working at a real estate development firm. While watching the documentary Girls Like Us, which depicts the stories of girls who are trafficked in major U.S. cities, Epps found the direction to serve that she’d been looking for in the nonprofit sector. “I don’t think any child should live like that,” she says. “I found my passion, and I transformed my entire career.”

Epps moved to Washington, D.C., and began her work as a voice for the survivors of human trafficking. She’s now the executive director of World Childhood Foundation USA, a branch of the global nonprofit dedicated to developing solutions to end childhood sexual abuse, exploitation, and violence.

Epps joined the foundation after years spent being an anti-trafficking advocate in the domestic and international spheres. Another one of her roles was as an associate director of court-appointed special advocates in New Jersey, where she created and managed community outreach programs meant to assist youth aging out of the foster care system. “A lot of my work, in addition to supporting all of our programs and volunteers, was saying, ‘How can we work with teens that are in our programs and help them receive the life skills that they might need?’”

My Terry MBA has been a game-changer for my work because I understand the business side of the nonprofit.” –Nicole Epps MBA ’09, executive director of World Childhood Foundation USA

She served as managing director of programs and policy at World Childhood for the last five years, before being promoted to executive director thisJanuary. “We’re at a really interesting tipping point for our organization,” says Epps. “Our focus is really to expand our programmatic work.”

One of those programs is a partnership with The Economist Intelligence Unit to create the Out of the Shadows Index, a benchmarking tool that measures the responses of 61 countries to violence against children. The new project will use the same measuring system, but apply it to the U.S.

Epps is also proud of the organization’s increased work in community engagementand youth participation in Brooklyn and Harlem, New York, and Minneapolis, Minnesota. “We need to be a thought leader and resource in the communities we serve,” she says.

Despite finding a home in the nonprofit world, Epps still relies on her business background daily. “My Terry MBA has been a game-changer for my work because I understand the business side of the nonprofit,” says Epps. “We need to remain relevant and valid.”