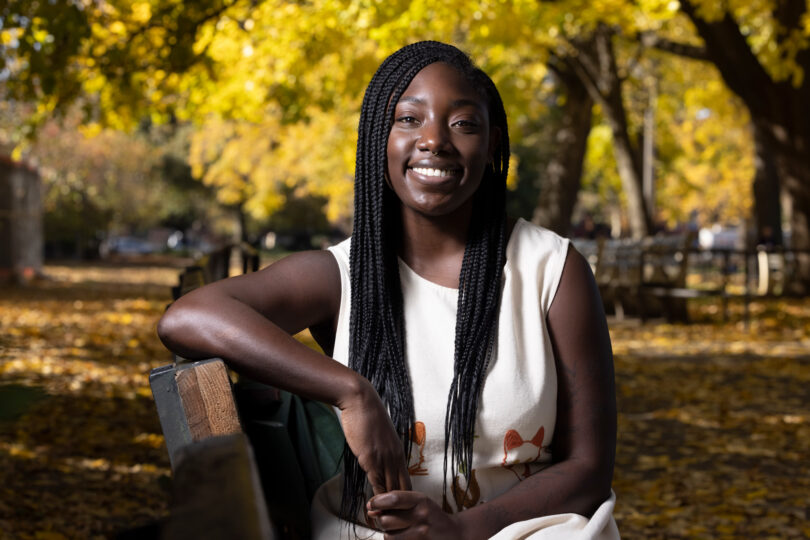 For Nikita Richardson, journalism is a service industry.

In a world where a simple search for a hand mixer on Amazon can turn up more than 1,000 options, people want guidance on what’s going to give them the biggest bang for their buck.

“How do you find out what’s good and worth your time and what’s not in terms of restaurants, travel, and more? I think that’s where my strengths lie,” says Richardson BS ’11, a senior staff editor at New York Times Food. “If you can help people make the best choices, it’s a huge time-saver for them.”

She gets to do just that, steering readers toward some of the best recipes to make with seasonal produce and sharing hacks to make cooking easier.

“Practice makes perfect” may sound cliché, but it’s true when it comes to making your own meals.

“The best way to get better at cooking is to just do it and do it regularly,” Richardson says. “I was recently talking to a friend about how a recipe will say add water to something, but if you’ve cooked enough, you know that, in some cases, you should actually add broth instead because broth is going to carry more flavor while doing the exact same thing.”

Learning how to roast a chicken, for example, will set you up for culinary success, Richardson says. You’ll learn basic techniques on how flavors mesh, what temperature is ideal for getting a crisp skin without drying out the meat. Most importantly, you’ll learn how to properly season meat. Richardson calls well-salted food the “foundation of good cooking.” (Hint: It’s more salt than you might think.)

“People who are intimidated by cooking, it’s because they don’t know how to think like a cook yet,” she says. “Once you start doing it, you’ll start seeing connections all over the place.”

The best way to get better at cooking is to just do it and do it regularly,” — Nikita Richardson BS ’11, senior staff editor at New York Times Food

Joining a Newsroom During a Pandemic

Richardson joined The Times in December 2020, after writing and editing for New York Magazine, Bon Appetit, and Fast Company, among others. The COVID-19 winter surge was raging, and many businesses, including The Times, were operating remotely. But that didn’t stop her from building close connections with her new team. That included meeting up with fellow University of Georgia alumna Tanya Sichynsky, who joined NYT Cooking the same day she did.

“Tanya and I are cut from that same cloth. We actually have very different roles within our team,” Richardson says. “Tanya focuses a lot on editing recipes, and I focus more on stories. But we’re definitely like two peas in a pod.”

That camaraderie among staffers leads to some epic brainstorming sessions, Richardson’s favorite part of the job.

“We’re just spitballing with each other, and we come up with some of our most fun stories in those meetings,” she says. “When [the Netflix series] Squid Game happened, we were one of the earliest publications to do a story about dalgona candy, the little honeycomb candy they have to do a challenge with. The fact that we get to spend our days being creative and editing and sharing information is really fun. It’s not the average job, and that’s what makes it exciting.”