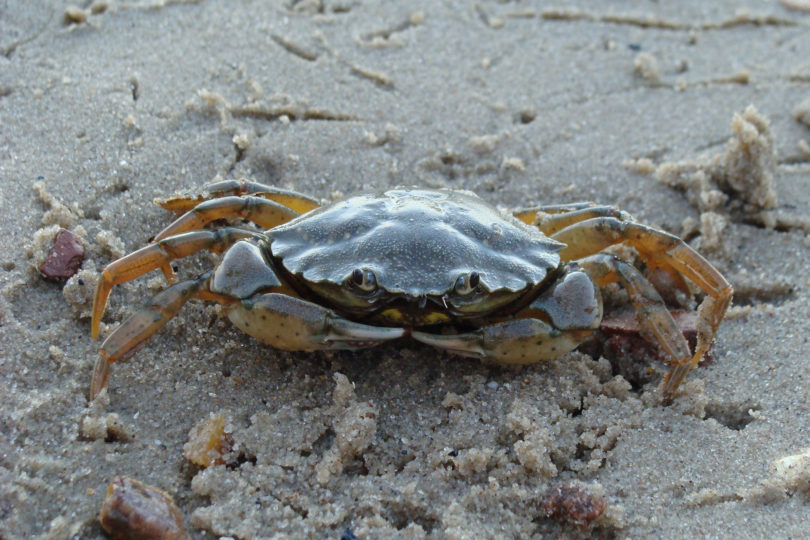 Athens, Ga. – The time since the introduction of a non-native marine species best explains its global range, according to new research by an international team of scientists led by University of Georgia ecologist James E. Byers. The study, published in the open access journal Nature Scientific Reports, also contains a warning: The vast majority of marine invaders have not yet finished spreading.

Invasion by non-native species is a worldwide problem that causes billions of dollars of damage annually—more than $120 billion in the U.S. alone, according to a 2005 study cited by the U.S. Fish and Wildlife Service. Preventing future invasions, and mitigating the impacts of those already underway, is a critical goal, Byers said.

Effective defenses against species invasions depend on understanding the mechanisms driving them. Control strategies have typically been based on key characteristics of the non-native species and the environments they’re invading. For marine invaders, these include traits like mobility, maximum body size and larvae dispersal, and environmental conditions such as salinity, temperature and strength of ocean currents. Control strategies differ depending on which traits or environmental conditions are thought to be the main drivers of invasion.

Despite numerous studies, there has not been scientific consensus on which of these factors are most important.

While attending an invited workshop for experts in marine invasions in Sydney, Australia, in 2012, Byers and his colleagues conceived the idea for a comprehensive analysis to determine which variables were the best predictors of an invader’s spread.

“This paper arose because we saw that we could gather data on a large number of species,” Byers said. “Data clearing houses have gotten much better at recording species occurrence data.”

Byers and his co-authors focused on marine benthic invertebrates—creatures such as crabs and barnacles that live on the ocean floor—that are non-native to the U.S., Australia or New Zealand, because those countries have the most comprehensive records. They combed through national port surveys, invasive species databases and scientific literature, compiling information on as many of the animals’ physical characteristics as possible, as well as environmental conditions of areas outside their native ranges. They also included records of each species’ first introduction anywhere in the world. In all, they found 138 species with enough information to include in their analysis.

They then created a model to test which of the variables—species’ traits, environmental conditions or time since introduction—did the best job of predicting the global ranges of those non-native species.

Time since introduction proved to be the most useful measurement.

He explained that a newly introduced species needs time to fully occupy its potential range in a new region.

“There may be plenty of places suitable for it to live in that novel region, but it just hasn’t had time to spread there yet,” he said. “Because we don’t yet see the fully realized extent, it is hard to characterize a species’ tolerances and limits that would otherwise control range size.”

Byers said the study’s results could nevertheless provide some guidance for managers.

“There is a lot of emphasis in invasion ecology in looking for predictive factors that can tell us what species or what habitats may be most at risk,” Byers said. “Our analysis says at a large scale this may be hard to come up with, at least at this point in time before we are able to analyze the fully realized ranges of a sufficient number of invaders. Thus instead, we advocate careful vigilance at sites receiving the greatest number of potential invasive species delivery vectors, like ships with ballast water or imports for aquaculture.”

Funding was provided by Macquarie University, the University of New South Wales, the National Science Foundation, the New Zealand Ministry for Primary Industries and National Institute of Water and Atmospheric Research, the National Sea Grant Program and the Smithsonian Institution.