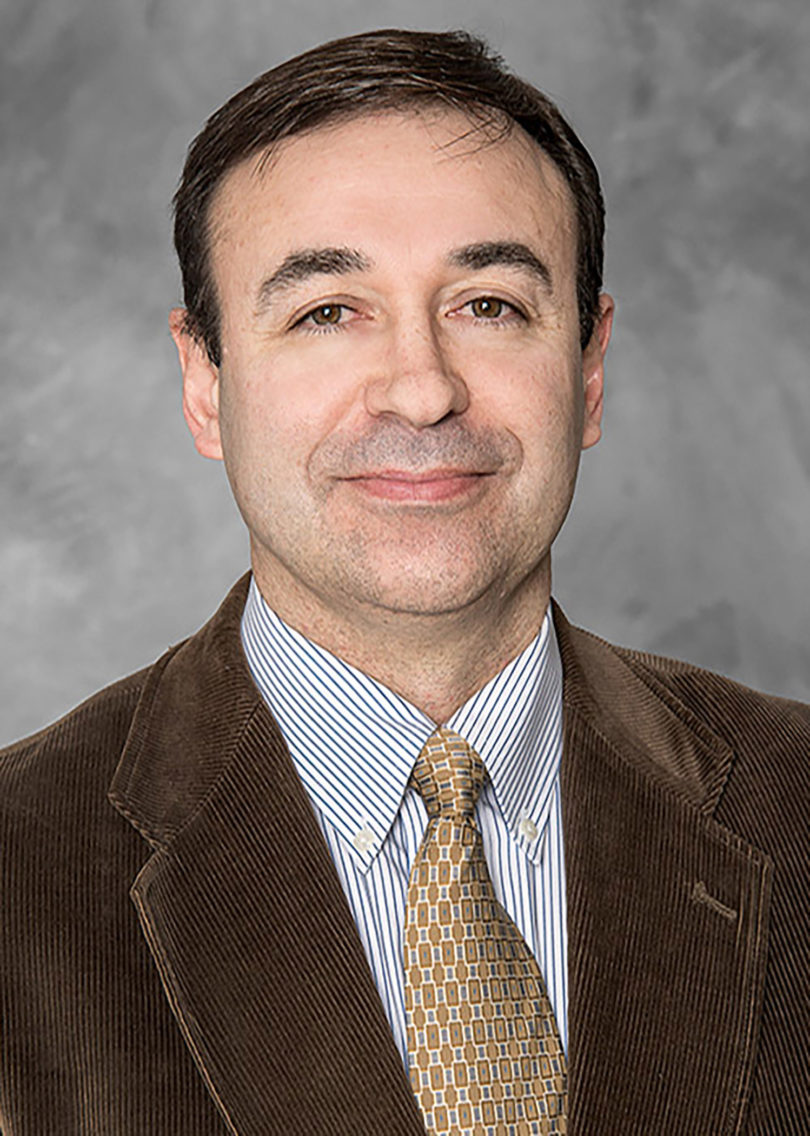 A researcher whose work focuses on the interspecies transmission and pathogenesis of influenza has joined the College of Veterinary Medicine as its new Georgia Research Alliance Distinguished Investigator and the holder of the Caswell Eidson Chair in Poultry Medicine.

Daniel R. Perez is based at the college’s Poultry Diagnostic and Research Center.

“Dr. Perez’s work on avian influenza virus interspecies transmission and control complements a robust research effort on poultry respiratory disease viruses in the population health department and builds on an active and successful program within the college that is focused on influenza virus surveillance, diagnosis and control,” said Mark W. Jackwood, who heads both the department and the center.

Perez’s work on influenza A viruses dates back to the early 1990s when he was pursuing his doctorate in the veterinary and biomedical sciences department at the University of Nebraska. He later worked as a research associate in the infectious diseases department at St. Jude Children’s Research Hospital and was involved in developing the first influenza H5N1 vaccine by reverse genetics.

In 2003, he joined the faculty at the University of Maryland, where he built and directed the Prevention and Control of Avian Influenza in the U.S. research network, which was funded by the U.S. Department of Agriculture to coordinate research, education and outreach at 17 institutions. His lab is an integral part of the Center for Research on Influenza Pathogenesis, one of six NIH-funded Centers for Influenza Research and Surveillance.