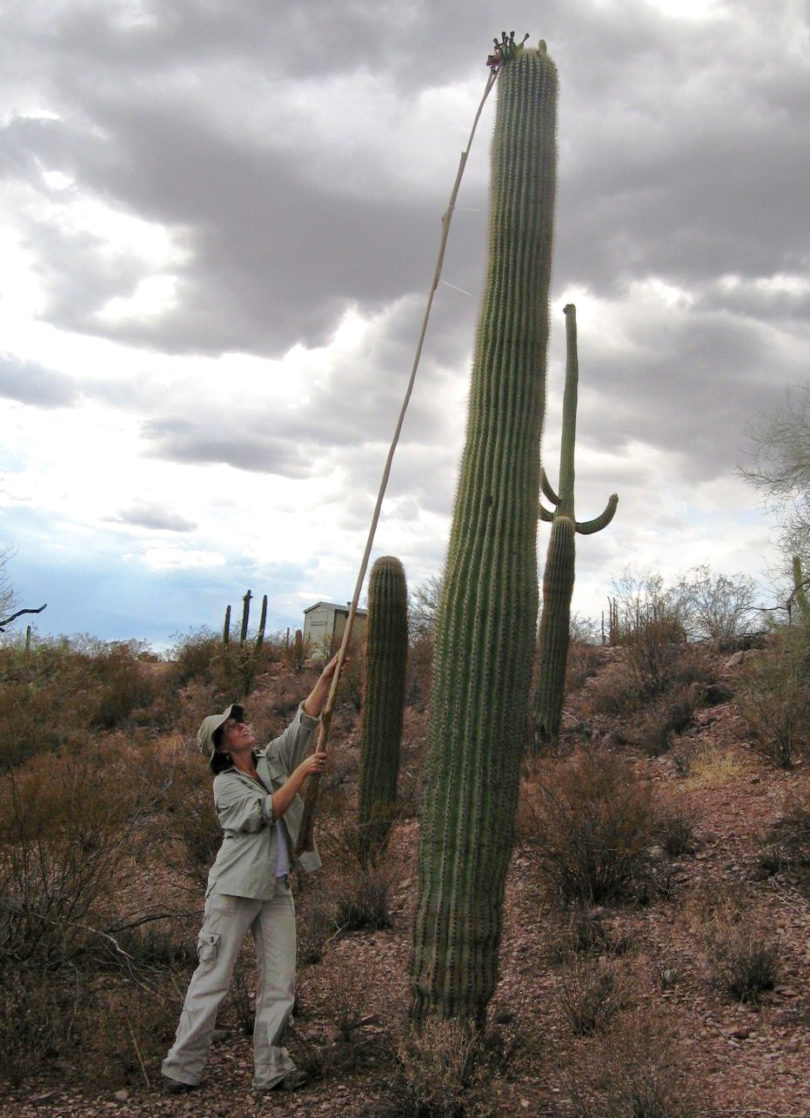 Athens, Ga. – A growing generational disconnect between adults and children is putting thousands of years of cultural tradition and culinary knowledge in southern Arizona in jeopardy, according to a recent study by a researcher in the University of Georgia College of Public Health. The impact of this “knowledge gap” could help to explain the rise of childhood obesity, Type II diabetes and cardiovascular disease in Native American and Mexican-American populations in Arizona.

In her study, Colleen O’Brien Cherry, an assistant research scientist at the Center for Global Health in the College of Public Health, focused on white, Mexican-American and Native American children and adults in southern Arizona. Like Georgia, all segments of Arizona’s population are battling an obesity problem and, in particular, the Tohono O’odham have one of the highest Type II diabetes rates of any ethnicity in the U.S.

As an anthropologist, Cherry’s research has centered on how changing environments impact the health and well-being of the population. Because of its diverse ecosystem fueled by significant rainfalls twice a year, the Sonoran Desert made for a logical place to evaluate. It is home to more than 60 species of mammals, 100 reptile species, 350 bird species and 2,000 plant species—425 of which are edible to humans.

The Tohono O’odham, a Native American population native to the area, have a rich heritage of specializing in ethnobotany, using native plants for food and medicinal purposes.

“One of the more interesting things regarding these wild foods was how effective they were in protecting against many of the diseases in question,” Cherry said. “We can say they’re healthy because they’re high in fiber and low in sugar but also because they contain mucilaginous substances which actually regulate the release of sugar into the bloodstream.”

Cherry, who earned her doctorate in anthropology from UGA and her master’s degree in environment and natural resources from Ohio State University, said her research suggested a widening knowledge gap about these wild foods and their benefits between children of Mexican-American and Native American descent and their parents and grandparents. The adults had a deep well of skill-based knowledge, such as how to harvest a plant or prepare certain types of wild foods, while the majority of the students interviewed had never tried some of the plants.

A multitude of factors were influencing this knowledge gap, Cherry said. Part of the gap can be attributed to changing circumstances, such as an increase in protected lands in the region, environmental and climate change and children spending less time in nature, thus limiting access to these types of wild foods. However, her research also detected a distinct change in attitudes among adults with regard to the importance of sharing these lessons.

“Traditionally, this information is passed down from generation to generation, and it’s passed orally, through stories and explanations and through the process of showing children how to collect these plants and foods,” said Cherry. “What we learned was that many of the adults simply aren’t doing this anymore, so there’s no opportunity for this generation to have that hands-on learning experience that enables them to acquire this knowledge.”

Based on interviews conducted with multiple parents in the region, Cherry found many of them took a negative, almost pessimistic, view with regard to their children’s willingness to learn and carry on these traditions. Compounding this problem is the dramatic change in the types of accessible food for Native American and Mexican-American populations in even the most rural of areas. The globalization of the food system and the influx of processed foods have lessened the need for harvesting wild food and ultimately altered their culinary practices and taste preferences.

As a result, the majority of adults reported they felt little impetus to continue to share these skills and heritage with their children and grandchildren and abandoned any attempt to pass the knowledge on. The children who are aware of the types of wild foods their ancestors used to rely on said they had often acquired such knowledge in books or during interpretive programs at nearby parks without being shown how to apply the skills to identify and harvest the plants.

While her study focused on the Sonoran Desert, Cherry said its findings offered valuable lessons for all regions of the country.

“There are many fruits and vegetables available for purchase here in Georgia with similar healthy qualities as the wild foods native to Arizona, but the important thing is bringing those foods into your diet,” she said.

UGA College of Public Health
Founded in 2005 as a response to the state’s need to address important health concerns in Georgia, the UGA College of Public Health is comprised of four departments and two research institutes as well as the Center for Global Health. The college offers degree programs in biostatistics, environmental health, epidemiology, health promotion and behavior, public health, health policy and management and toxicology as well as certificate programs in gerontology, disaster management and global health. For more information, see www.publichealth.uga.edu.