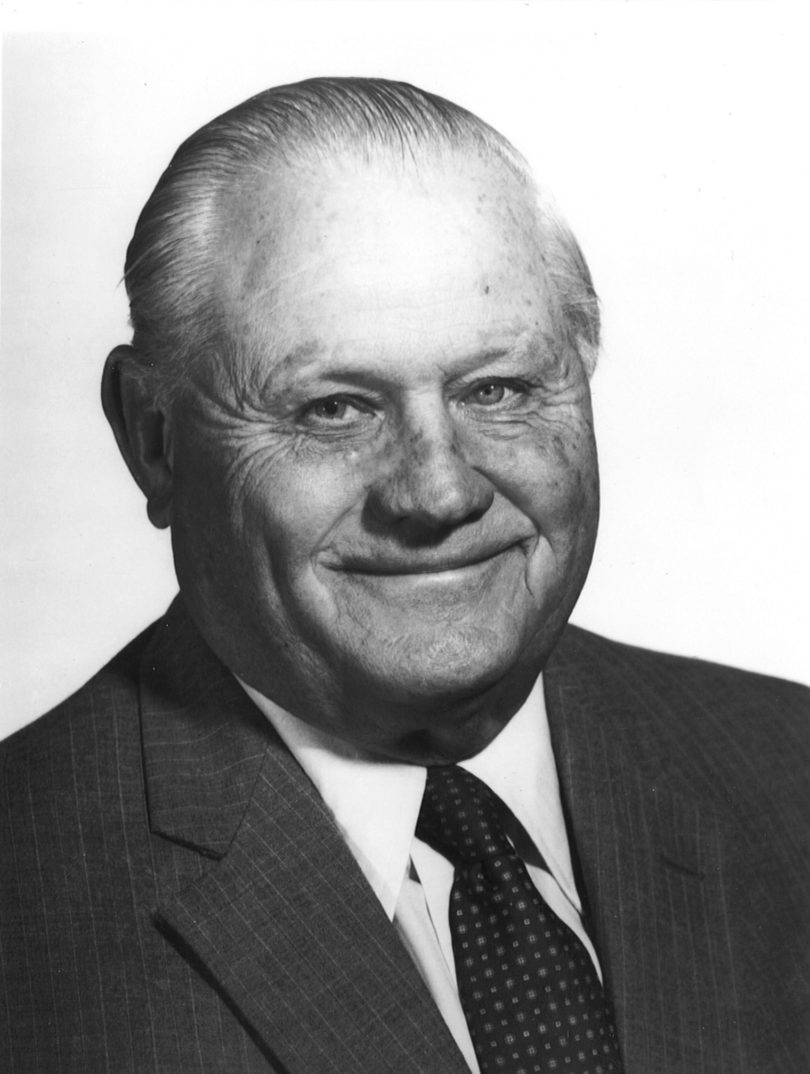 College Football Hall of Fame member William C. “Bill” Hartman, 90, who spent a lifetime supporting the University of Georgia and its athletics programs, died March 16 after a short illness one day before his 91st birthday. Funeral services were held March 19 at the First United Methodist Church. Interment was in the Oconee Hill Cemetery.

Hartman was preceded in death by his first wife, the former Ruth Landers of Savannah, in 1996. He is survived by his second wife, Mary; daughters Laura and Barbara; son Bill III ; six grandchildren and one great grandchild.

“Bill Hartman will long be remembered as one of those stalwarts responsible for today’s success in UGA’s athletic programs,” says UGA President Michael F. Adams. “His lifetime contributions to his alma mater were exemplary and his impact on countless students immeasurable. He was a true gentleman, loved and admired by so many, and he will be greatly missed.”

Former UGA President Charles Knapp gave Hartman much of the credit for the largest single cash gift in university history-$10 million given by UGA alumnus Bernard Ramsey in 1993, most of which was used to establish a premier scholarship program.

Ramsey had lived in New York most of his business career until Hartman invited him back to a football game in 1980.

“Bill Hartman played a key role in reuniting Bernie Ramsey with his alma mater,” says Knapp. When Ramsey died in 1996, he left the bulk of his estate to UGA. Counting the cash gift, the total value of his contributions was $44,785,652 with the Terry College of Business, Performing and Visual Arts Center, a pair of Georgia Research Alliance professorships, athletics, and the library benefiting from his generosity.