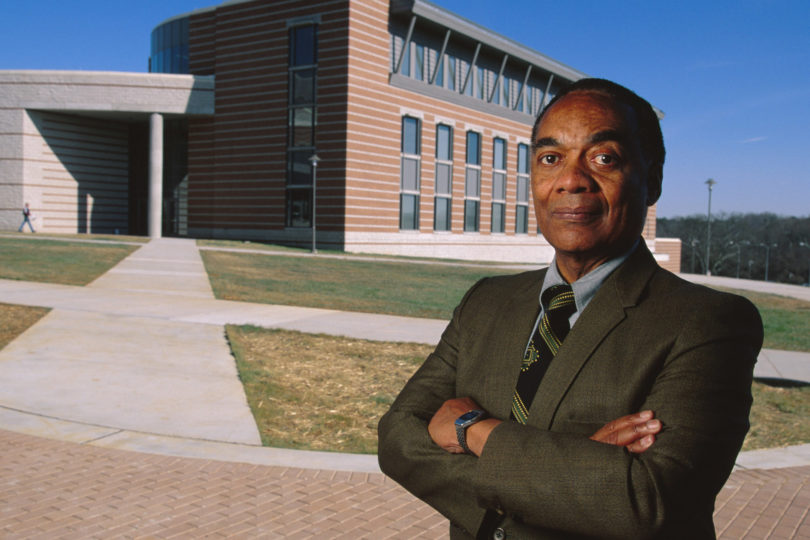 Richard M. Graham, the first full-time African-American faculty member at UGA, died May 4 at the age of 83. Graham was a former director of the Hugh Hodgson School of Music, which is part of the university’s Franklin College of Arts and Sciences.

Born in Kansas City, Missouri, Graham took up piano at an early age and changed to the trumpet in high school. His college years were spent at the University of Kansas, where he earned a bachelor’s degree in music education in 1955 and a master’s degree in 1958. After completing his internship at Topeka State Hospital, he worked for three years at Logansport State Hospital in Indiana, serving a diverse client population. He then moved to Lincoln University in Jefferson City, Missouri, where he built an academic program from the ground up while completing his doctorate at KU in 1965. Graham joined the UGA faculty in 1968 where he taught music education and music therapy at the Hodgson School. He retired from the university in 2000.

“He was a great friend to the university, to music and to his many students through the years,” said Dale Monson, current director of the music school.

While at UGA, Graham served as president of the National Association of Music Therapy and as editor of the Journal of Music Therapy. The author of several articles and monographs, he also co-authored a handbook on teaching music to exceptional children.

A graveside service for Graham was held in Grain Valley, Missouri. He is survived by his wife, Melba Jean Graham.