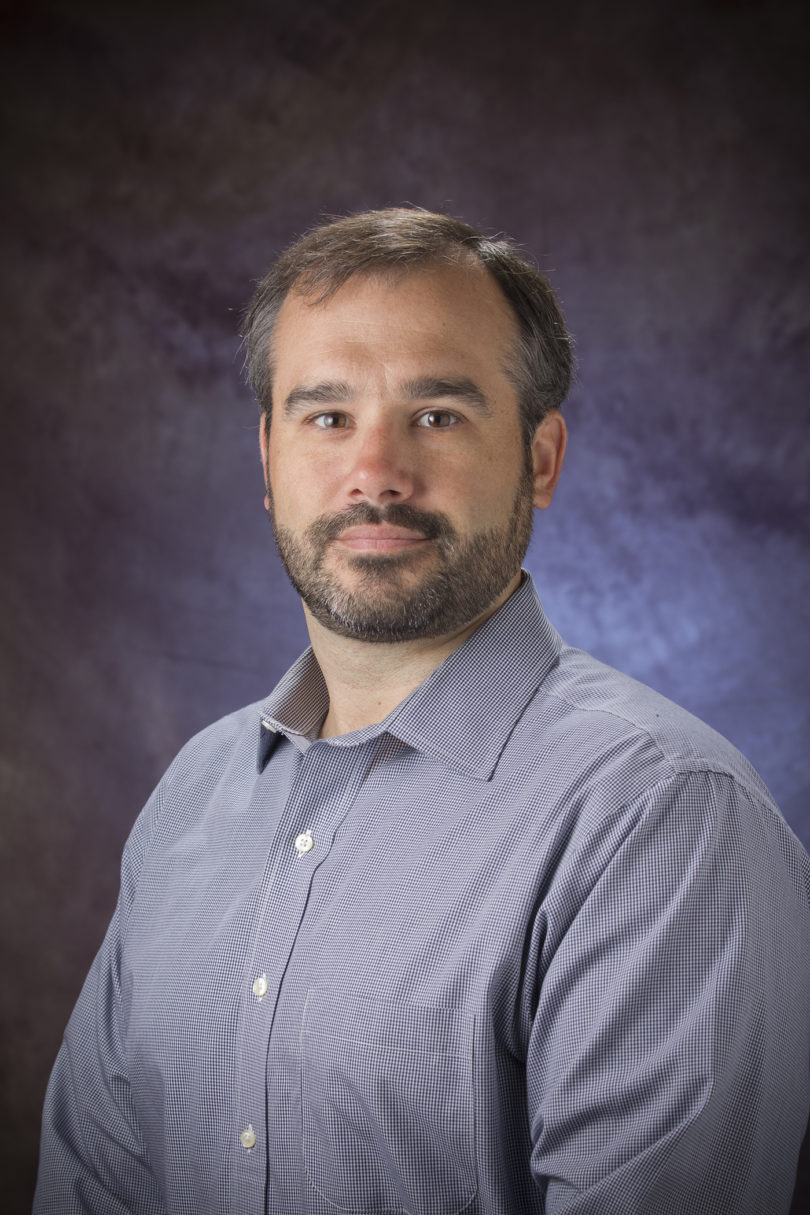 Athens, Ga. – A recent study by the University of Georgia found that ocean fronts—separate regions of warm and cool water as well as salt and fresh water—act to increase production in the ocean.

Brock Woodson, an assistant professor in the UGA College of Engineering, said that most studies in the past assumed that anything that happens at a smaller scale doesn’t affect the whole food chain system. But his research, published in the Proceedings of the National Academy of Science, showed how fronts can be incorporated into current climate and fisheries models to account for small-scale interactions in fishery production and cycling of elements such as carbon and nitrogen in the ocean.

By applying a fundamental technique from fluid dynamics—the natural science of fluids in motion, like the ocean—to an ecosystem model, Woodson found that fronts increase total ecosystem biomass, among other things.

He specifically focused on ocean fronts because their flow patterns create convergent zones that aggregate food and resources in the ocean.

“The biological effects have not been looked at before, just the physics, so no one has really tried to incorporate this method into large ecosystem models,” Woodson said. “I wanted to understand if you concentrate stuff at the base of the food chain—phytoplankton for example—how that affects the things that eat them and consequently fisheries production.

“When you don’t include fronts, then you only see a system driven by nutrients and phytoplankton growth.”

The study found that the more production there is, the more that can be taken out of the ocean without having the biomass negatively affected, or go down.

“Higher level productivity in the ocean is a lot higher than we generally predict,” Woodson said. “That means overfishing may be worse than what we currently believe. But the good news is with proper conservation measures, we should see a quick rebound back to historical abundances.”

This study incorporated fronts into past models, showing how they channel nutrients in the system, aggregating food for important fishes and marine mammals.

Although overfishing is something to be cautious and aware of, ocean fronts give these species the ability to survive and thrive because of the nutrients they provide.

“Fronts cascade up the system and fishing cascades down the system,” he said. “They have interactive effects.”

The journal article “Ocean fronts drive marine fishery production and biogeochemical cycling” is available at http://www.pnas.org/content/112/6/1710.full.pdf. Steven Litvin of Stanford University is a co-author on the study.