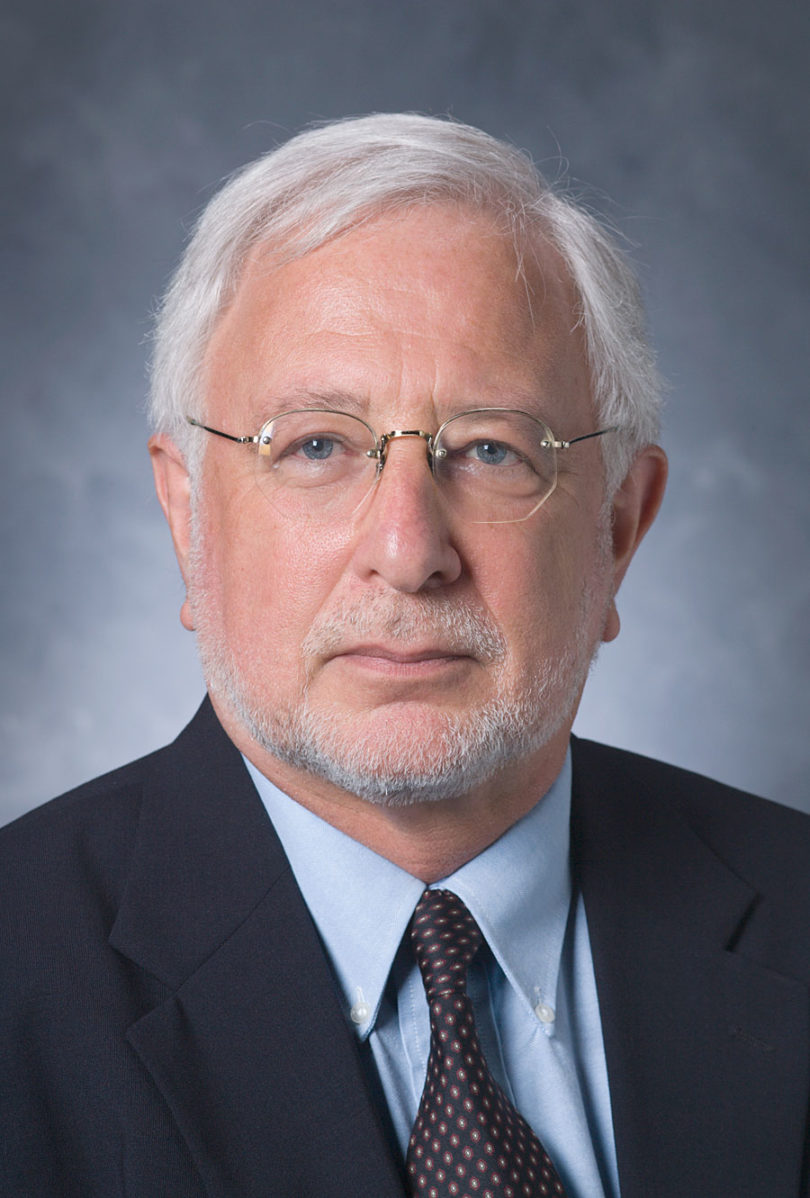 Athens, Ga. – University of Georgia professor Alan Covich and alumnus Marcelo Ardón were recognized for outstanding contributions to ecology on Aug. 10 in a ceremony at the centennial annual meeting of the Ecological Society of America in Baltimore.

Covich was awarded the ESA Distinguished Service Citation in recognition of his more than 40 years of volunteer service to ESA and the scientific community at large. A past president of ESA from 2006-07, Covich also served as president of the North American Benthological Society—now called the Society for Freshwater Science—in 1996, the American Institute of Biological Science in 2000 and the International Association for Ecology, known as INTECOL, from 2009 to 2013. He was elected a Fellow of the American Association for the Advancement of Science in 1999 and was named an inaugural ESA Fellow in 2012.

His research interests include the impacts of natural and human disturbances on tropical stream food webs and the impacts of drought on food webs in the Flint River in Georgia. Covich served as director of the UGA Institute of Ecology, the forerunner of the Odum School of Ecology, from 2003 to 2007.

“It has been an enormous pleasure to collaborate with many ecologists to help communicate the importance of our science,” Covich said. “The need for strong national and international networks continues to grow as ESA works to resolve local, regional and global issues.”

Ardón was a recipient of the George Mercer Award, given in honor of an outstanding research paper by a young scientist. He was lead author of “Drought-induced saltwater incursion leads to increased wetland nitrogen export,” published in Global Change Biology. Ardón, who received his doctorate in ecology from UGA in 2006, is an assistant professor in the department of biology at East Carolina University. His research focuses on wetlands and streams, ecosystem ecology and biogeochemistry in the context of land use and climate change.

The paper, which is available online at onlinelibrary.wiley.com/doi/10.1111/gcb.12287/full, finds that repeated saltwater incursion into coastal freshwater wetlands affects their ability to retain nitrogen. As saltwater inundation occurs with greater frequency due in part to sea level rise, the potential grows for the large amounts of nitrogen stored in these wetlands to be released, with serious consequences for the health of sensitive coastal ecosystems. Co-authors Jennifer Morse of Portland State University and Ben Colman and Emily Bernhardt of Duke University received the award with Ardón.

“I am truly honored to have received this recognition for the work I have been doing with colleagues,” Ardón said. “And it was great to have so many UGA friends here at ESA to celebrate.”

The Odum School had a large presence at the ESA annual meeting. Along with Covich and Ardón, 15 faculty members and 17 students, as well as dozens of alumni, gave talks, organized or moderated sessions and presented research posters. For a complete listing, see t.uga.edu/1HD.

The Ecological Society of America, founded in 1915, is the largest professional society for ecologists in the world, with more than 10,000 members. Five of its past presidents—Eugene Odum, Frank Golley, H. Ronald Pulliam, Judith Meyer and Alan Covich—came from the faculty of the UGA Institute of Ecology; the current president, Monica Turner, is an alumna.

For more information about ESA, see www.esa.org. For more about the Odum School of Ecology, see www.ecology.uga.edu.