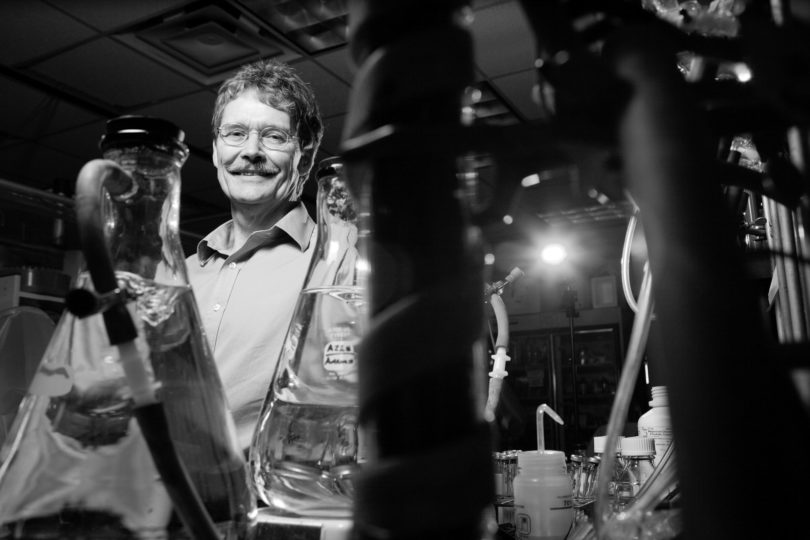 Metals and proteins are crucial partners in keeping organisms healthy and stable. And yet the extent to which this molecular metalloprotein team works at the cellular level is not known because the numbers, amounts and types of metal-containing proteins in any organism have remained a mystery.

Now, research led by a scientist at UGA and published last month in the journal Nature, has shown that these metalloproteins are more diverse than previously recognized and that it is possible to determine all the metals in an organism in one fell swoop through a reliable, genome-wide approach.

“Metalloproteins play key roles in most biological processes, including respiration, photosynthesis and drug metabolism,” said Michael Adams, Distinguished Research Professor of Biochemistry and Molecular Biology and lead author on the research. “But predicting from a genome sequence the numbers and types of metals an organism assimilates from its environment or needs to function has been impossible for a number of reasons.”

The new method, which combines liquid chromatography, high-­throughput tandem mass spectometry and inductively coupled plasma mass spectometry, reveals all the metalloproteins in an organism-and what the team found has been surprising, since metals seem to be much more important for proteins than ever suspected.

Knowledge about how metals work in proteins has given insights into such things as how proteins repair DNA damaged by cancer-causing processes, how organisms get energy for growth, and how some biofuels are produced. The importance of the work may go in many diverse directions and promises to lead to important discoveries and applications in many biological fields.

One of the surprises of the study is the number of proteins in metalloproteomes that remain uncharacterized. (A metalloproteome is the complete number of metal-containing proteins in any individual organism). This means that the role of metals in proteins extends beyond what science currently knows.

Since the team is now involved in automating and miniaturizing the steps in the method, it is possible that yet-unknown roles for metals in organisms may be discovered. And that could lead to new drugs that might correct the misincorporation of metals into cells that can lead to diseases, as well as new methods for detecting diseases and in determining the toxic effects of heavy metals.

The test subject in designing the new approach was Pyrococcus furiosus, a heat-loving microorganism that lives around undersea vents and thrives at the temperatures near the boiling point of water. Using the new method, the team found that Pyrococcus cells contain a suite of metals no one ever suspected, including lead and uranium.

“In order to see if these results were typical of any type of cell, we also analyzed, using the same approach, two additional microbes, Escherichia coli and Sulfolobus solfataricus,” said Adams. “Each revealed a number of metals, including tin and antimony, we had no idea they had assimilated. Once revealed, a metal cofactor adds new dimensions to understanding protein structure and function. And yet the presence of the metal is often unsuspected until the protein is analyzed.”

One reason the new method may be important in studies is that it does not require the use of radioactive-labeling materials. Moreover, the new method can detect more than 50 metals at once, in contrast to the one-metal-a-time radiolabel approach.

The new method also promises to make culturing microbes in the lab much easier, Adams said, since knowing what metals cells need to function properly will allow scientists to create media better suited to their growth.

It was thought that at least a third of proteins in organisms had metals as essential co-factors. The new approach shows that this is a significant underestimate, with implications for a more complete understanding of protein structure and function and of the roles of metals in all cellular processes.

The research was supported by Molecular Assemblies, Genes and Genomes Integrated Efficiently project of the U.S. Department of Energy.