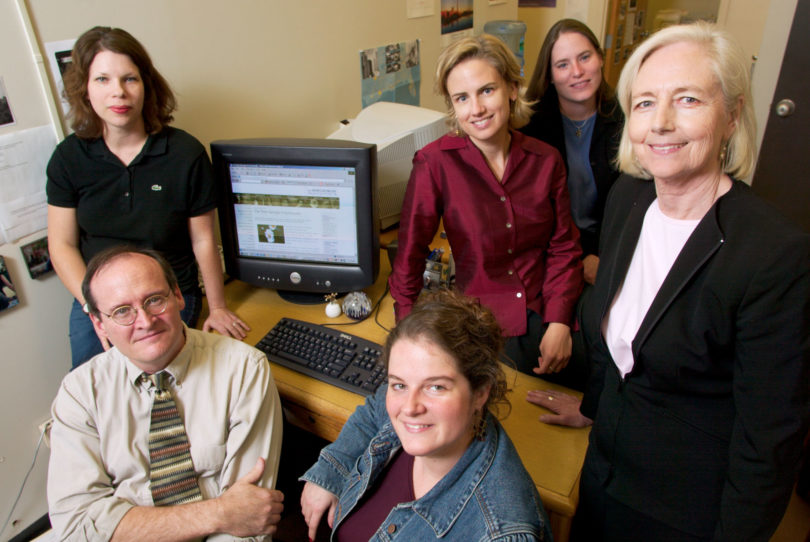 The New Georgia Encyclopedia, a Web-only reference about all things Georgian, will be publicly launched by Gov. Sonny Perdue at a ceremony in the State Capitol, Feb. 12. In fact, the material is already available on the NGE Web site (www.georgiaencyclopedia.org), and it will continue to grow and develop for many years to come.

The encyclopedia is a joint project of the Georgia ­Humanities Council, the governor’s office, the UGA Press and the University System’s online library, GALILEO. The editorial offices are in the main library at UGA. Editor John Inscoe is a professor of history, and managing editor Kelly Caudle (and the small editorial staff) are affiliated with the Press. Approximately 40 experts from all over the state served as section editors, identifying, soliciting and evaluating ­articles.

“The partnership of so many individuals and groups-including many talented faculty and staff within our University System-truly has resulted in an outstanding online resource on Georgia,” says Chancellor Thomas C. Meredith.

With funding support from a large number of public and private organizations, the encyclopedia will be accessible free to anyone with an Internet connection.

“For researchers and educators-and anyone interested in Georgia-the New Georgia Encyclopedia will be invaluable,” says Steve Wrigley, senior vice president for external affairs at UGA and chair of the Georgia Humanities Council.

Digital technology has made it possible to expand the encyclopedia’s content beyond traditional words and illustrations. Audio and video clips are incorporated, some previously recorded, some produced by NGE staff. The article on Georgia pottery, for example, includes three-dimensional images. The article on writer James Dickey offers a filmed interview with Dickey.

The encyclopedia grew out of the partnership between the Georgia Humanities Council and the UGA Press that produced the New Georgia Guide in the 1990s. An effort that had involved hundreds of people throughout the state in planning, fund raising, researching and writing, that project gave birth to the idea of an even more monumental encyclopedia about Georgia that would take advantage of Internet technology. The project began in earnest early in 2000.

The Feb. 12 launch marks the public introduction of the NGE, but it will continue to expand. Approximately 700 articles will be on the site by the launch date, says Kelly Caudle. She expects another 1,300 articles to be added in the next two years. Articles will be added and updated as needed.