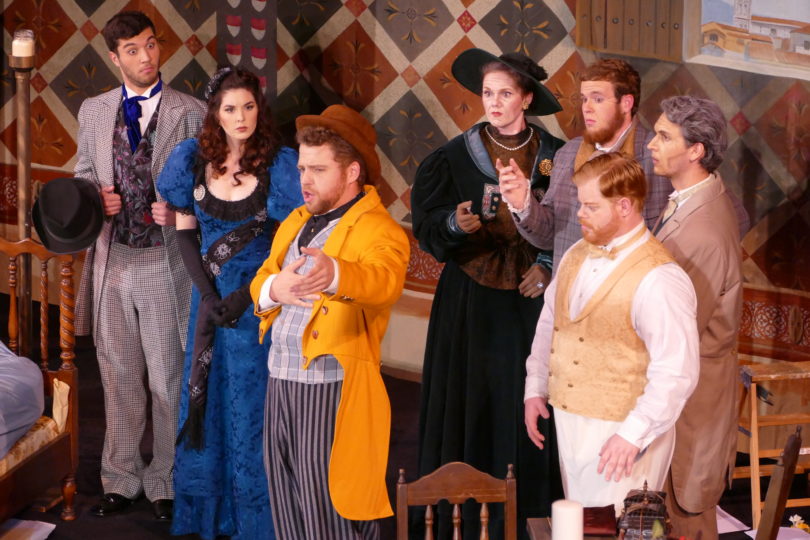 Frederick Burchinal, UGA Opera Theatre director and Wyatt and Margaret Anderson Professorship in the Arts at the Hugh Hodgson School of Music, calls the “Viva Verdi” concerts “one of the most exciting projects we have presented in my entire time here.”

“Because Verdi is too difficult for us to present in a single full opera version, we decided to offer a rare occasion to hear some of the great and well-known choruses along with arias, duets, quartets and ensembles to give our audience a two-hour ‘sampler platter’ of Verdi’s greatest works,” said Burchinal.

Nine Verdi works will be represented during the performances, including classics like “Aida,” “Il Trovatore,” “Nabucco,” “Falstaff” and “La Traviata.”

The reasoning behind the scale and the Verdi focus is two-fold: Burchinal believes the talent at the school is deep enough to be suited for such a challenging, large project, and his own unique experience with the composer’s works.

“Verdi has been a major part of my life for over 50 years and is the one composer that I have personally performed the most often,” said Burchinal. “I wanted to bring to Athens the grandeur and brilliance of his music in the only format that we can offer to the public at this time.”

The majority of soloists are Hodgson School students, many with considerable professional experience of their own, but two soloists stand apart.

Lawrence Bakst, tenor, has had a long professional career in Germany and Europe and is now in residency in Athens singing the role of Otello. Bakst has also recently performed with Hodgson School Professor Emeritus Richard Zimdars.

Burchinal himself will perform during the concert, as well. A renowned international baritone, Burchinal enjoyed a 22-year presence at the Metropolitan Opera following his debut as Macbeth in 1988.

Tickets to each concert—Oct. 21 performance at 8 p.m., Oct. 22 performance at 3 p.m.—are $20 each or $6 for students and children and can be purchased at pac.uga.edu or the PAC box office.