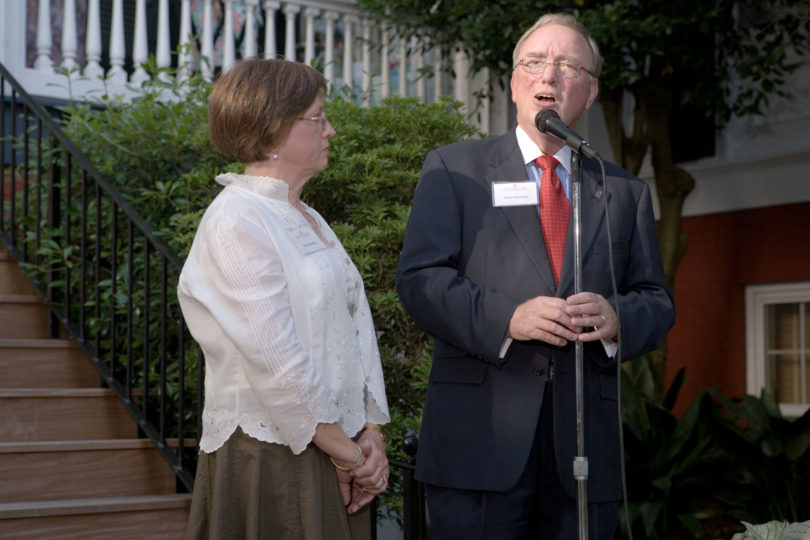 Hank Huckaby retires June 30 after more than 40 years of service to the state of Georgia, the last six as UGA’s senior vice president for finance and administration. He recently discussed his tenure at UGA with Columns.

Columns: What have been highlights of your tenure at UGA?

Huckaby: It’s hard to narrow down, but I think you always start with your people. We made some changes in organizational structure that put people in different roles, and I’m very proud of the top staff I leave behind. I’m also pleased that we have initiated a recognition program to honor our finance and administration staff for their years of service.

Second, we made a commitment to improve automation because our administrative business processes were too paper-bound. Substantial progress has been made in this area.

Third, I’m proud of how the entire campus responded in the tough, challenging years that we faced budget cuts; by and large, we weathered them well.

Finally, I’m proud of the beginning we have made, even in the midst of those budget cuts, to address the compensation of our lowest-paid employees. We’re not yet where we want to be, but I have confidence in the administration’s commitment to move the university in a positive direction.

Columns: What do you foresee as continuing challenges?

Huckaby: The greatest challenge for the university-and it’s reflective of a national trend for public colleges and universities-will be to become more creative, particularly from a financial standpoint, in identifying alternative means to deliver priority services. The level of state support, while good by national standards, is decreasing, which will require UGA to be more efficient with all of its resources.

Columns: You’ve stated that you could not have scripted a better ending to your career than to conclude it at the University of Georgia. What do you mean by that?

Huckaby: My career started in higher education and then took a totally different track.

I had the privilege of working closely with several governors and directing state agencies, which culminated in being asked by my college professor and mentor, Zell Miller, to be the state budget director.

Once I concluded that service, I was fortunate to return to higher education by leading UGA’s Vinson Institute of Government.

My wife, Amy, and I have come to love the Athens area and look forward to spending our retirement here.

Columns: What are your retirement plans?

Huckaby: I’ll do some consulting and volunteer work, but I’m also going to spend some time traveling to a number of different places that Amy and I want to see.

We are blessed with six wonderful grandchildren, so we’ll spend a lot of time going to athletic events and school plays.