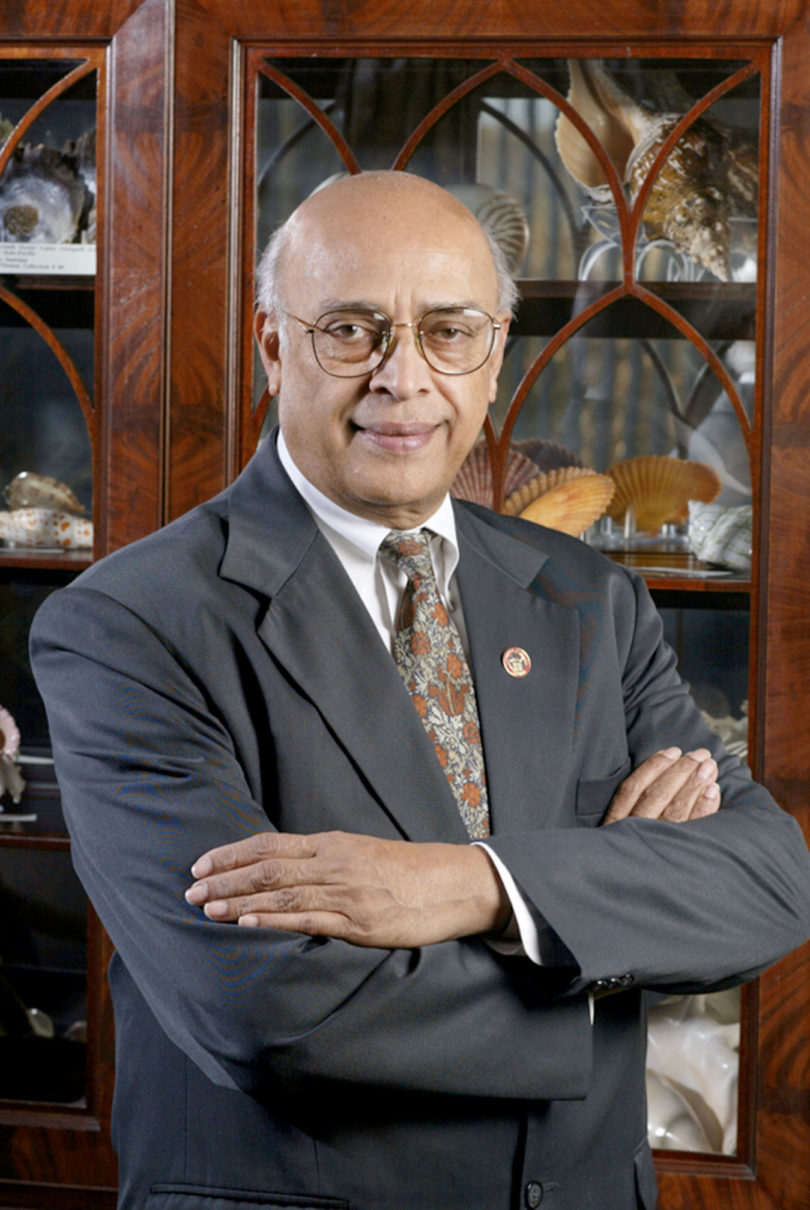 Patel, newly retired VP for research, reflects on his 38 years at UGA

After accepting an assistant professor position at UGA nearly four decades ago, Gordhan Patel retired Aug. 1 as vice president for research and associate provost. He recently sat down to reflect upon his long, productive career.

Columns: How has UGA’s research environment changed since you arrived in 1967?

Patel: The university was less than half of its current size. In 1967, the university hired 400 new faculty and an additional 150 faculty the following year. The late Fred Davison started as president at the same time I started as an assistant professor. He decided that the university was going to be a national player. Thirty-eight years later, we are internationally recognized for research with research expenditures of more than $330 million. We are able to recruit crème de la crème faculty and have several internationally recognized research centers and institutes. And we have an enviable infrastructure. I think we are poised to make a major leap forward.

Columns: During the past five years, external research funding has increased 56.8 percent. What’s your secret?

Patel: There’s no secret really. The increase can be attributed to wise hiring. Before we hit the budget slump, we had hired very good faculty, and they were becoming successful in their grant applications. I’ve often said machines don’t do science; people do science. It’s important to go after the top faculty. The second contributing factor is the UGA Research Foundation, whose board appreciates the need for investing in the research infrastructure.

Columns: What are some proud moments as vice president?

Patel: We’ve had big increases in grant funds, licensing and royalty income but that’s not what I did; it’s a result of decisions I made about investing in faculty. I also was able to rebuild the infrastructure of the Office of the Vice President for Research. We had lost several senior administrators, and I recruited people who are still here. My senior staff have worked very hard.

Columns: What is your management style?

Patel: I’m the doctor who makes house calls. I visited faculty in their offices, bounced off new ideas and let them react. I would never bring anything for a faculty vote unless a consensus was already built and everybody had a chance to express their opinions. Our faculty meetings were probably the least rancorous because people had the opportunity to express their opinions. It’s important to run an open operation and it’s especially important to let the younger faculty have a say in the future direction because they are going to be there for the longest time.

Columns: What personal qualities have been your biggest assets at UGA?

Patel: I don’t want to be known as the smartest guy or the nicest guy, but for being fair. You cannot make everybody happy and if you try, you’re guaranteed to fail. At my first faculty meeting as zoology department head I told the faculty that I appreciated their vote of confidence but I also wanted them to know that the interest and health of the university and the department would be my primary consideration in making decisions. When we were trying to recruit Norman Giles as the Callaway Foundation Professor, friends in other departments chastised me for supporting somebody who was 58 years old. Norman was a first-rate scientist and, as it turned out, he built the program of genetics to international recognition.

Columns: What are the tough challenges for UGA?

Patel: We must find ways to deal with diminishing state support and keep UGA moving on the upward trajectory. We will need more private donations and federal grants. We’re ranked in the top 20 by U.S. News & World Report for public universities, and all 20 want to get better or to stay on top. The big challenge is to stay in that group and an even bigger challenge is to move up.

Patel: My first goals are to learn conversational Spanish and to write a book of my family’s travels from India to Mozambique to the U.S. The family lost its property in a communist takeover [in Mozambique]-they just locked the doors and walked out. I also want to audit horticulture classes, retool my research skills, eventually get back into the laboratory to work on a couple of unfinished projects, get more involved in community activities and spend more time with my two granddaughters.

Columns: Any parting words of wisdom?

Patel: Be fair and nice to everyone because people reporting to you may some day become your boss. Also keep the interest of the university at the front of your agenda and don’t sweat the small stuff.