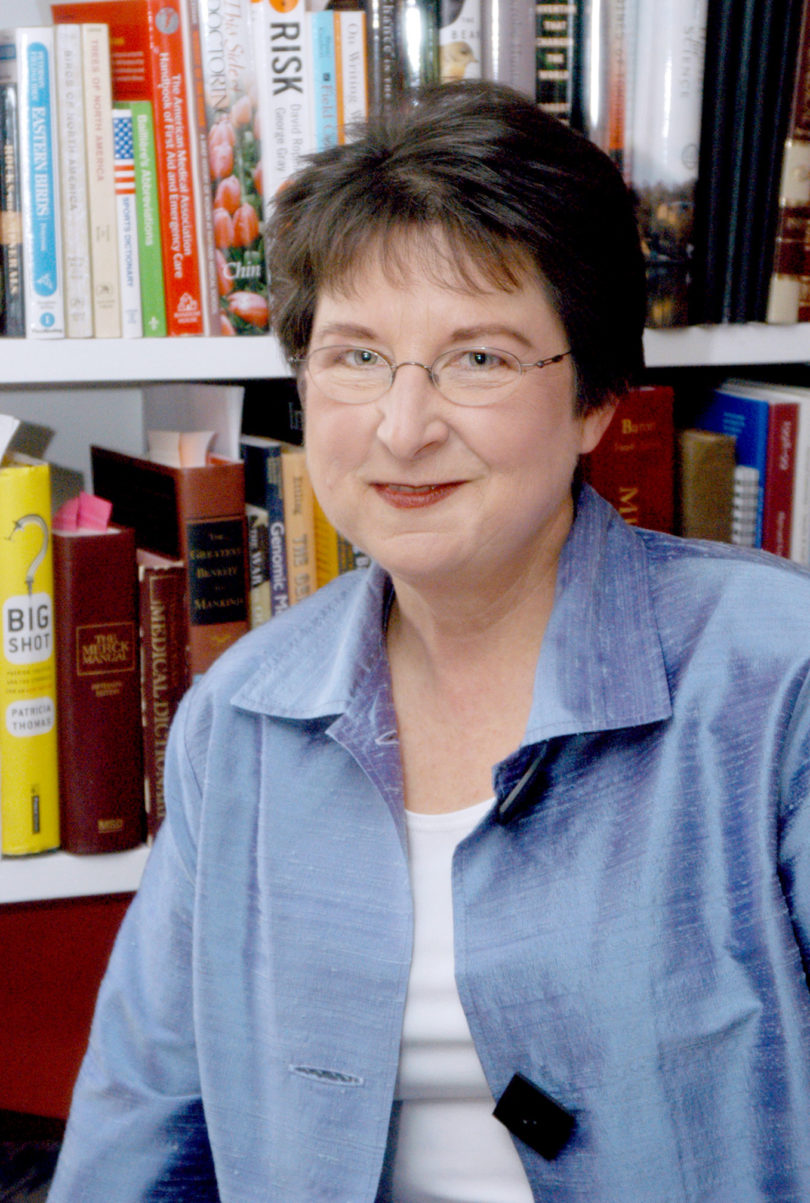 An award-winning author, journalist and editor has been named the first holder of the Knight Chair in Health and Medical Journalism at UGA, responsible for a major outreach project aimed at improving the flow of public health news in the impoverished South.

Patricia Thomas, who has written about medicine, public health and life science research for more than 30 years, has agreed to join the Grady College of Journalism and Mass Communication in August.

From 1991 to 1997, Thomas was the first non-­physician to serve as editor of the “Harvard Health Letter,” the oldest consumer health newsletter in the country. She has been a Knight Science Journalism Fellow at the Massachusetts Institute of Technology, and in 1998 was awarded the Leonard Silk Journalism Fellowship for her book Big Shot: Passion, Politics and the Struggle for an AIDS Vaccine, a work-in-progress at the time. She was also among the first healthy volunteers to be injected with an experimental DNA vaccine for AIDS, in a study at the National Institutes of Health.

Thomas won the 2002 Deterling Award of Distinction from the New England chapter of the American Medical Writers Association. During the 2002-03 academic year, she was a visiting scholar at Boston University’s Knight Center for Science and Medical Journalism. While there, she taught graduate students and wrote The Anthrax Attacks, the first systematic analysis of news management and reporting during the 2001 anthrax attacks. She also wrote an essay for The War on Our Freedoms: Civil Liberties in an Age of Terrorism that explored how the Patriot Act and related legislation has damaged scientific efforts to understand and conquer some of the world’s leading causes of death.

Thomas has a bachelor’s degree in English from the University of California at Berkeley and a master’s in communication from Stanford University. Her work appears regularly in Harvard Magazine, where she is a contributing editor. In addition, she is a research fellow for the Albert B. Sabin Vaccine Institute and advisor to the Massachusetts Institute of Technology’s Knight Science Journalism Fellowship.

At UGA, Thomas will develop and teach undergraduate and master’s courses in health and medical journalism and create an outreach program aimed at improving the flow of health news to the Southern Black Belt, a rural strip of hundreds of counties winding through 11 states.