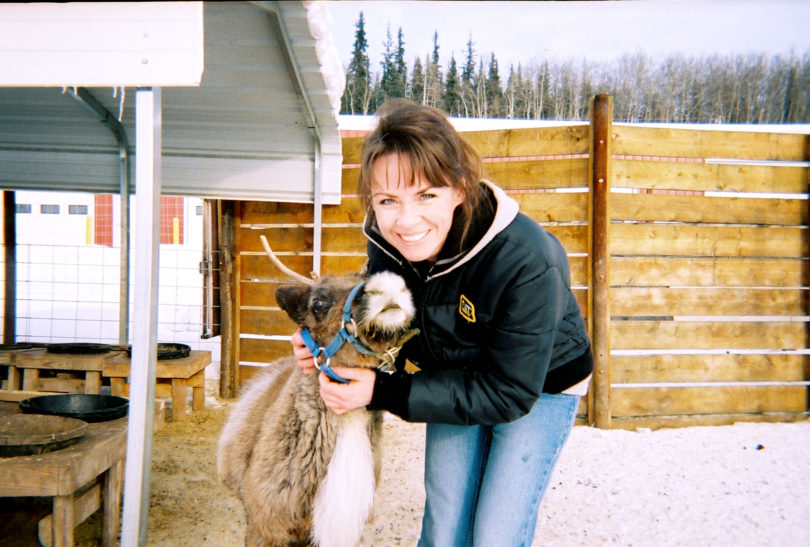 Debra Miller was earning a master’s in wildlife biology when she discovered veterinary medicine. She was studying bobcat kittens.

“During that time I became aware of the great need for veterinarians with training in wildlife biology,” she says.

So she entered the veterinary medicine program at Mississippi State, where she could continue to work with the bobcats.

“We had a captive colony of bobcats but also an on-going field study,” she says. “But I was very involved in wildlife rehabilitation and in several wildlife disease studies.”

And when she left the bobcats behind for postdoctoral training in Miami, she began to work on aquatic species. Now she’s lead scientist in a reproductive characterization study of the male bowhead whale in Alaska.

The pathology lab at Tifton helps veterinarians make accurate diagnoses about what’s wrong with their animal patients as well as analyzing causes of death.

Miller also conducts weekly pet therapy sessions at a local assisted-living center and volunteers to help with the horses at a therapeutic riding center.

The bowhead whale study was designed with the endangered northern right whale in mind, according to Miller. They are very closely related species. She is collaborating with researchers in Alaska, New England and Washington.

The Inupiat-Alaskan native Americans-still hunt the bowhead, according to Miller, and consequently they are eager to help the biologists who are trying to preserve the species and are willing to provide tissue for study.

“The biggest advantage to biologists is the access to fresh tissue specimens from presumably healthy animals,” Miller says. “Knowledge of what ‘normal’ is for a species is critical when investigating disease or managing a species, especially an endangered species.”

Miller is currently serving as volume editor for Reproductive Biology and Phylogeny of Cetacea. She is also one of the four pathologists for a national marine mammal histology project and she is collaborating with the University of Tennessee-Knoxville on a study of amphibians inhabiting cattle ponds.

“My projects tend to be collaborative,” she says. “My involvement in the amphibian project is investigation of any abnormal or sick animals and placement of abdominal transmitters in select individuals-to allow for ­tracking. The research has developed into an examination of the role of amphibians in regards to bacterial prevalence in cattle ponds and the possible human health implications.”

And with Wisconsin, Mississippi and Florida in the background, how did she come to be in Georgia?

“The Tifton Laboratory has an excellent reputation amongst the pathology laboratories and I liked the location,” she says, adding that “the real deciding factor was the sense of family that I got from the faculty and staff who worked there. They are a delight to work with.”