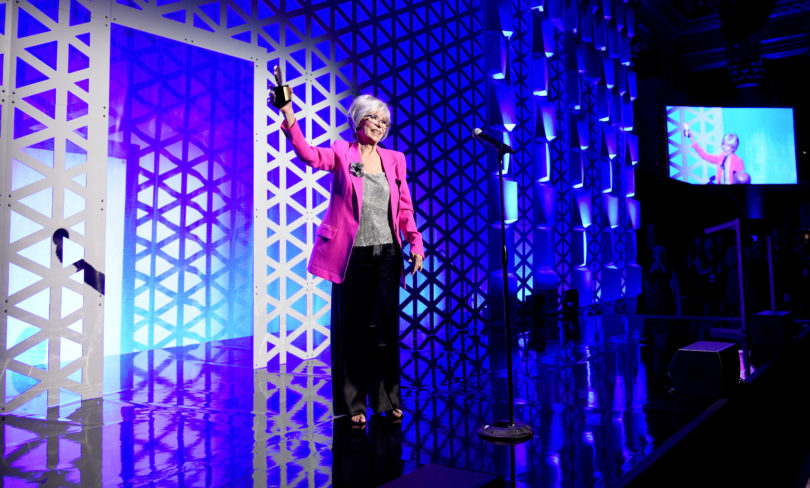 Peabody Awards honored the best stories in broadcasting and digital media on Saturday at Cipriani Wall Street in New York. The evening featured the traditional slate of powerful storytelling—from news and documentaries to groundbreaking entertainment television and compelling radio programs and podcasts—as well as special awards for people and institutions that have made an impact on the industry.

The Peabody Awards are based at the Grady College of Journalism and Mass Communication at the University of Georgia. 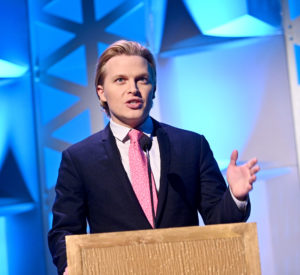 Ronan Farrow, a contributing writer for The New Yorker and an investigative reporter and producer based at HBO, served as host.

Beloved entertainer Rita Moreno received a standing ovation upon accepting a Peabody Career Achievement Award presented by Mercedes-Benz for her stellar career spanning seven decades. The Puerto Rico-born actress shattered culture and color barriers in the pre-Civil Rights era, becoming one of the few artists of color to reach mainstream audiences on the big screen, the stage and in their living rooms.

“I am keenly aware of the high value Peabody places on storytelling and I am humbled that you consider the story of my life and career worthy,” she said. 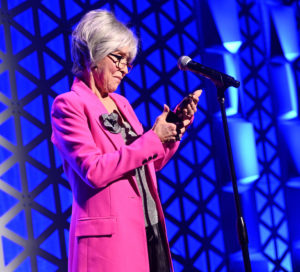 Moreno already has reached EGOT status, one of few people to have received the four major entertainment honors—Emmy, Oscar, Grammy and Tony awards. The addition of a Peabody Career Achievement Award—the first Latinx performer to do so—makes her an even rarer PEGOT.

Moreno told the story of moving to New York City at 5 years old with her mother, who sought a better life for her family and worked as a seamstress in the garment district for many years. Moreno gave tribute to her mother’s dedication and steadfast support of her career.

“My fame is her fame therefore this beautiful precious honor is also in her honor,” she said. 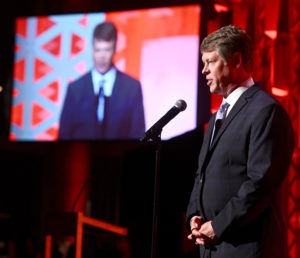 “As the world has changed and the media landscape has been transformed, ‘Sesame Street’ has always been true to its mission,” she said. “It’s finding new ways to reach its target demographic while adjusting to the ever-evolving needs of young children, helping them navigate some of the toughest, most complex issues of our time—from HIV-AIDS to autism to homelessness to immigration.”

Kartemquin Films also received an Institutional Award for its commitment to unflinching documentary filmmaking, such as the seminal “Hoop Dreams” (1994) and this year’s winner, “Minding the Gap.”

Dolores Huerta, subject of the Independent Lens documentary “Dolores” roused the audience with a call-and-response chant reminiscent of her activist days in the 1960s. 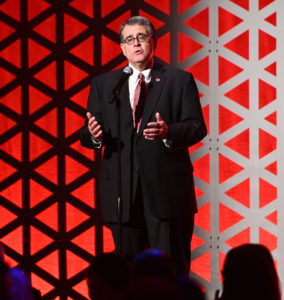 The evening ended with the creators and cast of “Pose” taking the stage. The FX drama tells the story of trans and gay people of color in 1980s New York City and features television’s largest cast of transgender actors. The show plumbs the depths of everyday trans life, love and community.

Janet Mock, a transgender activist who also serves as a writer, producer and director on the show, spoke to how being recognized by Peabody Awards is validating for people who have traditionally been overlooked and maligned in culture.

“This award reaffirms that our stories, our lives and our experiences matter, and reassures that the way we tell it, from the perspective and talents of those who’ve lived it, is the most authentic and impactful storytelling,” she said.

For more information about this year’s winners, visit Peabodyawards.com.