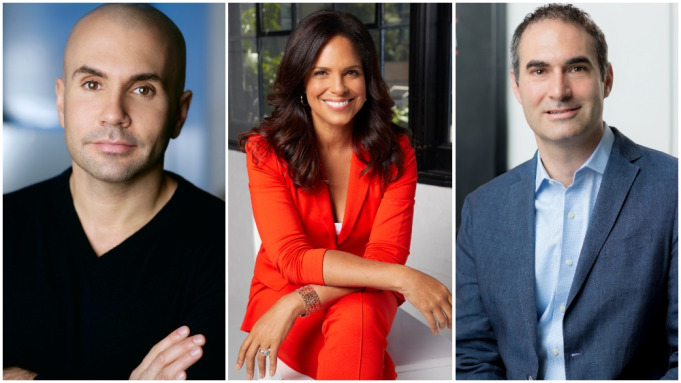 Chris McCarthy, Soledad O’Brien and Connor Schell are three of the new board members. (Submitted photo)

Peabody has announced the appointment of several new members to its bicoastal board of directors. The boards provide expert counsel and stewardship, and advance Peabody’s commitment to outstanding and transformative storytelling. Launched in 2015, the board of directors is separate from the traditional board of jurors that bestows the prestigious Peabody Awards for excellence in broadcasting and digital media. Peabody is based at the Grady College of Journalism and Mass Communication at the University of Georgia.

Comprised of an East Coast and West Coast arm, the composition of the boards reflects the diversity of Peabody’s constituencies.

“The intellectual capital and energy our boards bring is unparalleled, and we are excited to welcome these new members as they help us extend our reach through new partnerships and public engagements,” said Jeffrey Jones, executive director of Peabody.

New members of the East Coast board (in alphabetical order) are:

Nancy Barnes, senior vice president of news and editorial director at NPR, oversees journalism and journalists around the world and across platforms. She joined NPR in November 2018 after serving as executive editor for Hearst Texas Newspapers and the Houston Chronicle.

Connor Schell, executive vice president of content, ESPN, is responsible for overseeing all aspects of content creation across the company. He handles management of ESPN’s event and studio production, as well as news, information, and storytelling content across television, audio, digital and print platforms. Schell is also the executive producer and co-creator of the Emmy-, Oscar- and Peabody Award-winning “30 for 30” documentary series.

The West Coast board is adding one new member to its ranks:

The new members will join the following boards (in alphabetical order following chair):