Peabody has appointed Joshua Brand and Mike Monello to its board of jurors, which each year evaluates entries and bestows the Peabody Awards for excellence in electronic media. The program is housed in the University of  Georgia’s Grady College of Journalism and Mass Communication.

“It’s always exciting to bring fresh voices and insight to the judging process,” said Jeffrey Jones, executive director of the Peabody Awards. “We strive for a mix of top-level industry leaders from varied backgrounds who are well-versed in media excellence, and Joshua and Mike certainly fit the bill.” 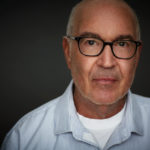 Brand is a writer, director and producer who has worked on five Peabody Award-winning programs, including St. Elsewhere, I’ll Fly Away, Northern Exposure and The Americans. Earlier in his career, he was a story editor on The White Shadow and later shared credit for developing the first season of Amazing Stories with Steven Spielberg. Brand also co-created A Year in the Life and Going to Extremes.

In addition to Peabody Awards, he is the recipient of multiple Emmys, Golden Globes, a Producer’s Guild Award and a Humanitas Prize. As a director, he was nominated for an Emmy and a Director’s Guild of America Award for the two-hour pilot of I’ll Fly Away. In 2013, he received the Paddy Chayefsky Lifetime Achievement Award from the Writer’s Guild of America. In 2015, an episode of The Americans he wrote, “Do Mail Robots Dream of Electric Sheep?,” was nominated for an Emmy. 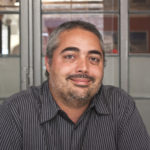 Monello is a true pioneer when it comes to immersive storytelling and innovative marketing. In the late 1990s, Monello and his partners at Haxan Films created The Blair Witch Project, a story told across the burgeoning internet, a sci-fi channel pseudo-documentary, books, comics, games and a feature film, which became a pop-culture touchstone and inspired legions of “found-footage” movies in its wake. It forever changed how fans engage with story and how marketers approach the internet.

Inspired by the possibilities for engaging connected fan cultures and communities online, Monello co-founded Campfire in 2006. There, he leads an agency that has developed and created groundbreaking participatory stories and experiences for HBO,  Amazon, Netflix, Cinemax, Discovery, National Geographic, Harley-Davidson, Infiniti and more. Monello regularly speaks at high-profile events such as Advertising Week, SXSW, Digital Hollywood and more.

The Peabody board of jurors is made up of media industry professionals, media scholars, critics and journalists who are appointed by the program’s executive director to a renewable three-year term of service. The current board of jurors includes:

Submissions are now being accepted for the 77th annual Peabody Awards at www.peabodyawards.com. Judging will begin in early 2018, and the awards ceremony will be held May 19 at Cipriani Wall Street in New York.