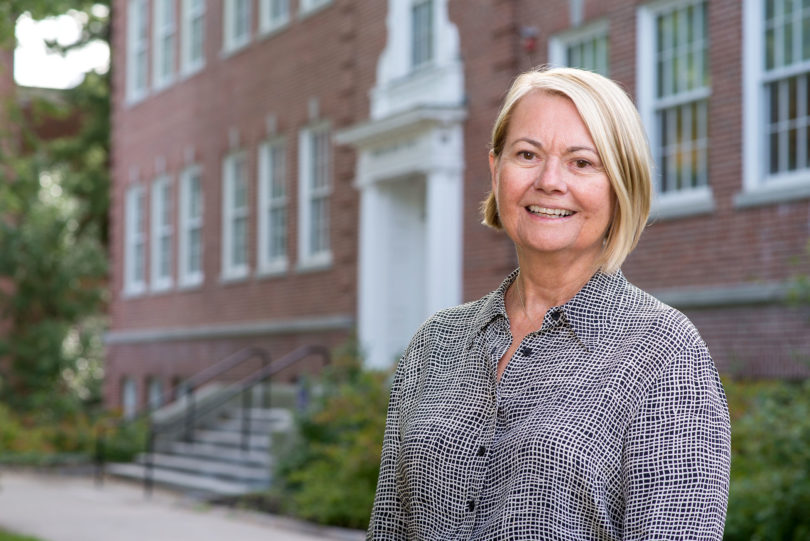 Athens, Ga. – The Peabody Awards at the University of Georgia has appointed Marcy Carsey, Herman Gray, Kathy Im, Kim Masters, Mark McKinnon and John Seigenthaler to its Board of Jurors.

In a related move, the new submission period for Peabody Awards entries will open on Oct. 13 and run through Jan. 9. Entries made during this time will be considered for the 76th annual Peabody Awards, which will be announced next spring.

The announcements were made by Peabody Awards Director Jeffrey Jones.

Marcy Carsey teamed with Tom Werner to form Carsey Werner Company, which produced hit shows including “The Cosby Show,” “Roseanne,” “Third Rock from the Sun,” “That ’70s Show” and “Grace Under Fire.” In 1996 Carsey and Werner were inducted into the Hall of Fame of the National Academy of Television Arts and Sciences, and the Broadcasting and Cable Magazine Hall of Fame. In 1999 they were given the Golden Plate Award from the American Academy of Achievement, placing them in the Museum of the American Dream as two of the 20th century’s most extraordinary achievers. Carsey also received the Lucy Award from Women in Film. She
began her show business career as an NBC tour guide, and became a production assistant on “The Tonight Show.” She later served as senior vice president of prime-time series for ABC-TV.

Herman Gray is a former radio producer and jazz announcer whose interest in media, culture and politics is wide ranging. Gray is professor of sociology at the University of Califorinia, Santa Cruz where he teaches graduate and undergraduate courses in media and television studies, cultural theory and politics and black cultural studies. Gray’s research is on the role of television, media and culture in organizing, sustaining and challenging racial projects. He has published widely in scholarly journals in the areas of black cultural politics, media and television studies. His books on jazz, television, and black cultural politics include “Producing Jazz,” “Watching Race” and “Cultural Moves.”

Kathy Im in her role as director oversees investments in the John D. and Catherine T. MacArthur Foundation’s enduring commitment to journalism and media. The program, which aims to strengthen U.S. democracy by building a vibrant and independent media sector, works in three areas: professional nonprofit reporting, nonfiction multimedia storytelling and participatory civic media. During Im’s tenure, MacArthur has contributed to numerous impactful and award-winning investigations and documentaries, and important innovations in the production and distribution of public service journalism. Im recently co-authored an essay, “Unrestricted funding vital for independent journalism,” for the American Press Institute. She is also a Leadership Greater Chicago Fellow, a civic program for Chicago leaders, and a board member of Media Impact Funders, a national association for journalism and media funders.

Mark McKinnon is a political adviser, reform advocate, media columnist and television producer. He is the co-creator, co-executive producer, and co-host of Showtime’s real-time documentary series of the 2016 presidential election: “The Circus: The Greatest Political Show on Earth.” He was the chief media adviser to five successful presidential primary and general election campaigns, and is co-founder of No Labels, an organization dedicated to bipartisanship, civil dialogue, and political problem solving. For 20 years, he worked at Public Strategies Inc., where he was an owner and vice chair. In 2010, Public Strategies merged with Hill+Knowlton Strategies, where he served as global vice chair and currently serves as an adviser to the firm.

Board of Jurors Mission
The Peabody Board of Jurors is made up of media industry professionals, media scholars, critics and journalists, each appointed by the Peabody director for a renewable three-year term of service. This mix of top-level thought leaders from varied backgrounds, all versed in media excellence, ensures that the list of winning programs will reflect the interest of a broad cross-section of audiences, rather than just media insiders.

The single criteria for receiving a Peabody Award is excellence. Toward that end, jurors ask themselves: Does this story matter? Is this a story that needs telling? Does it inform us as citizens
or help us empathize with one another?

Peabody Awards
Peabody is an organization dedicated to invigorating people through the power of stories. Founded in 1940, Peabody honors and extends conversation around stories that matter in radio, television and digital media through symposiums, screenings, podcasts and an annual awards ceremony considered to be among the most prestigious in the entertainment industry. Peabody gives awards for news, entertainment, documentaries, children’s programming, education, interactive programming, and public service, in turn, encouraging the media industries to reach for and achieve the highest standards. Peabody is administered through the Grady College of Journalism and Mass Communications at the University of Georgia. For more information, visit peabodyawards.com or follow @PeabodyAwards on Twitter.

Grady College
Established in 1915, the UGA Grady College of Journalism and Mass Communication offers undergraduate majors in journalism, advertising, public relations and entertainment and media studies. The college offers several graduate degrees and is home to the Peabody Awards, internationally recognized as one of the most prestigious prizes for excellence in electronic media. For more information, see www.grady.uga.edu or follow @UGAGrady on Twitter.