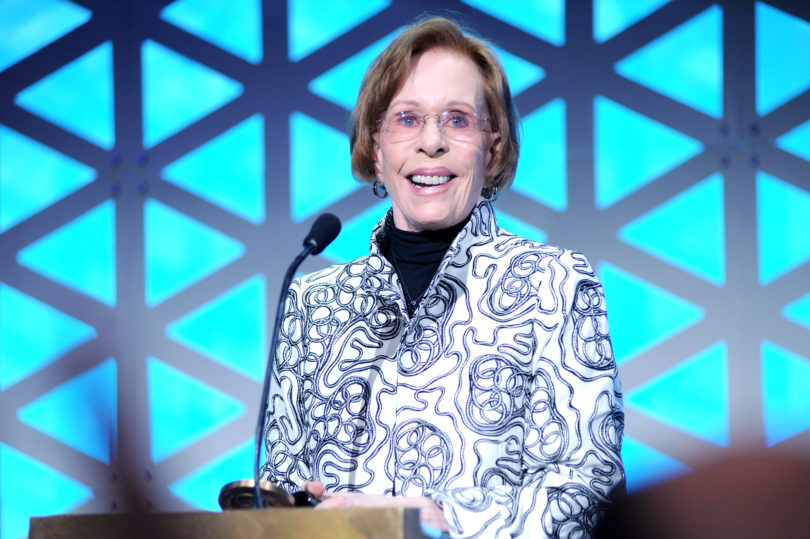 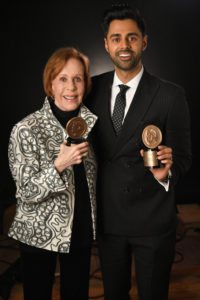 Carol Burnett and Hasan Minhaj pose with their Peabody Awards at the 77th Annual Peabody Awards Ceremony at Cipriani Wall Street on May 19 in New York City. Burnett received a Career Achievement Award and Minhaj served as host of the ceremony and received a Peabody for his comedy special, “Homecoming King.” (Photo by Michael Loccisano/Getty Images for Peabody)

An effusive Rachel Brosnahan, star of “The Marvelous Mrs. Maisel,” presented the award to the veteran comedian, who blazed a trail for women in television with her hit variety program, “The Carol Burnett Show,” in the late 1960s and early 1970s. Burnett was honored with a Personal Peabody Award early in her career (1962), with judges citing her as a talent to watch for years to come.

The awards, honoring the best in storytelling in electronic media, are based at the Grady College of Journalism and Mass Communication at the University of Georgia. Winners were selected from approximately 1,200 entries from television, radio/podcasts and the web.

In addition to lots of laughter provided by host Hasan Minhaj, the evening was punctuated with more somber moments. Three students from Parkland High School joined Kim Snyder, director and producer of “Newtown,” onstage along with Mark and Jackie Barden, whose son Daniel was killed in the 2012 Sandy Hook school shooting in Connecticut. 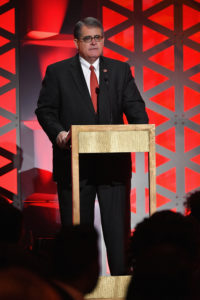 The Fred Rogers Company received an Institutional Award for carrying on the legacy of its eponymous founder, whose iconic children’s program debuted 50 years ago. In the history of American TV personalities, few have been as universally loved as Fred McFeely Rogers. He died in 2003, but his spirit lives on through The Fred Rogers Company. With its partners, the company continues to produce high-quality, thoughtful educational television, including “Daniel Tiger’s Neighborhood,” “Peg + Cat” and “The Odd Squad,” that cares not only about the children who watch it, but the adults they will become.

Another Institutional Award went to “60 Minutes,” one of the nation’s most enduring media institutions now celebrating 50 years on the air. Since its debut, the CBS News “magazine for television” has become nothing less than a touchstone in American life, regularly pursuing investigations that lead to legal action, catalyze social change, and illuminate dark government secrets. A previous recipient of more than 20 Peabody Awards, “60 Minutes” consistently delivers hard-hitting, exclusive, thoroughly reported stories.

A full list of the 2017 Peabody winners is available at http://www.peabodyawards.com/awards.