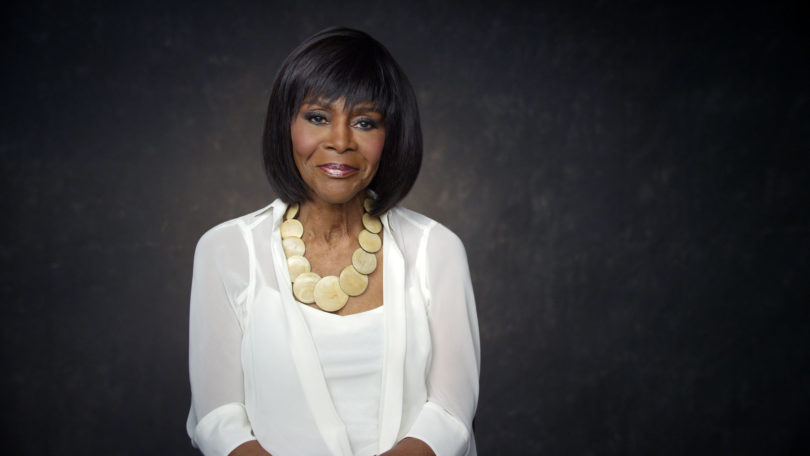 The Peabody Awards have selected Cicely Tyson, renowned for her work on stage, screen and television, as the recipient of a Career Achievement Award. The Peabody Awards are based at the Grady College of Journalism and Mass Communication at the University of Georgia.

The honor is reserved for individuals whose work and commitment to broadcasting and digital media have left an indelible mark on the field and in American culture. With a critically acclaimed career that spans over 70 years in American broadcast television, Tyson has been a foundational figure in the advancement of meaningful programming and social change through her performances, transforming how African Americans are considered on and off screen.

“Cicely Tyson’s uncompromising commitment to using her craft to address the big issues of her time—gender equality, racial and social justice, equity and inclusion—places her in rare company. And she did so when speaking up and speaking out invited stigma, isolation and retribution,” said Jeffrey P. Jones, executive director of Peabody. “She was a seminal figure of her time, and ahead of her time.”

Oprah Winfrey, on behalf of Peabody in a video tribute, testified to Tyson’s tremendous influence: “I thank you for not just paving the way for me and every other black woman who dared to have a career in entertainment, but being the way—standing for the truth in your art in all ways. And allowing us to be lifted by the light of your illustrious life.”

In explaining its selection of Tyson, the Peabody Board of Jurors noted: “With her award-winning performances, Tyson has taught us to champion a world of possibility for social justice, creativity, vitality and joy. Through her career she has demonstrated the importance of imagining human freedom, the power of struggle, the grace of sacrifice, and the importance of witnessing in a nation desperate to reckon with itself. Her powerful command of her craft and her lifelong dedication to make work that entertains and challenges helps us find our ethical and moral bearings, inviting us to ponder the qualities that make for an ethical and moral life.”

Whether playing Ophelia Harkness in “How to Get Away with Murder,” Miss Jane Pittman, Coretta Scott King, Harriet Tubman or Bitna in “Roots,” Cicely Tyson consistently infuses characters with emotion, courage, humor, insight, determination and sensitivity. Indeed, her characters showed television audiences what freedom dreams look like for black women and men, what the ordinary and the everyday life feels like, and what the elegance, nobility and grace of black people are like.

The Peabody 30, including Institutional Winners, will be announced Wednesday, June 10. For more information, visit peabodyawards.com.

About Peabody Awards
The Peabody Awards honor the most powerful, enlightening and invigorating stories in television, radio, and digital media. Each year, Peabody Awards are bestowed upon a curated collection of 30 stories that capture society’s most important issues—known as the Peabody 30. Honorees must be unanimously chosen by the Peabody Board of Jurors, a diverse assembly of industry professionals, media scholars, critics, and journalists who each bring a unique perspective of what constitutes a story that matters. From major Hollywood productions to local journalism, the network of Peabody Award winners is a definitive collection of society’s most important stories and storytellers, including winners that have ranged from Edward R. Murrow, Carol Burnett, and David Letterman to “The Sopranos,” “Sesame Street,” “Breaking Bad,” and “Serial.” The Peabody Awards were founded in 1940 at the Grady College of Journalism and Mass Communication at the University of Georgia and are still based in Athens today.