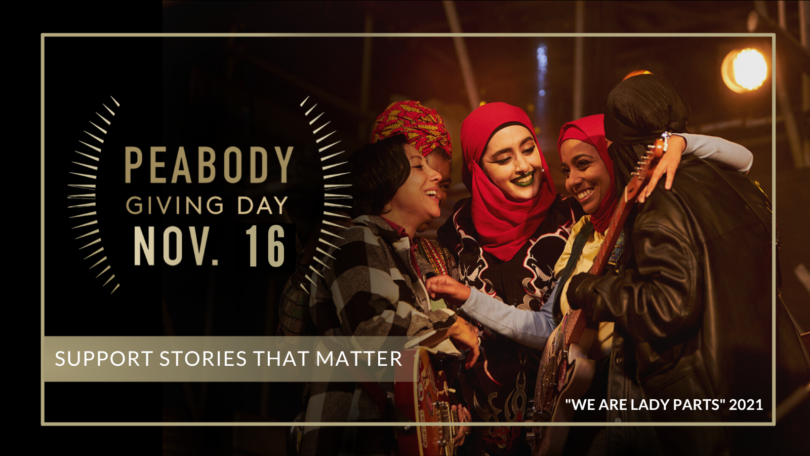 The goal is to raise $25,000 for an institution and award that is unlike any other

It is well-known that a Peabody Award represents the highest achievement for excellence in broadcasting. What may be less well-known is how Peabody’s mission goes beyond just recognizing artful and impactful storytelling.

Peabody’s mission is to invigorate people through the transformative power of stories. Stories matter because storytelling is precisely the means through which people are inspired to see different vistas, to open and change their hearts, to work for change, and to engage the world in transformative ways. And Peabody recognizes stories that do just that—in news, in documentary and in entertainment.

Year-after-year, Peabody works to uphold the foundational standards in the stories that shape American democracy. Based at the oldest public institution of higher learning in America, the University of Georgia, Peabody embraces the mandate at the heart of public learning by fostering and supporting the positive role that storytelling has in transforming society.

Peabody strives to further the work of the awards program by promoting and enhancing these socially conscious narratives through year-round programming and content, including a weekly viewing guide newsletter and a forthcoming podcast. The award categories have also expanded into interactive and immersive media (VR, video games, interactive journalism, et al.). Peabody has cast a wider net for recognizing powerful storytelling in the digital era, while doubling efforts to increase the awareness of and impact of powerful and compelling stories.

This year’s goal is to secure $25,000. Contributions go a long way toward supporting the mission of Peabody and the continued viability of the awards program. To learn more about Peabody Giving Day, please visit https://dar.uga.edu/funder/campaigns/peabody-giving-day-2022/.