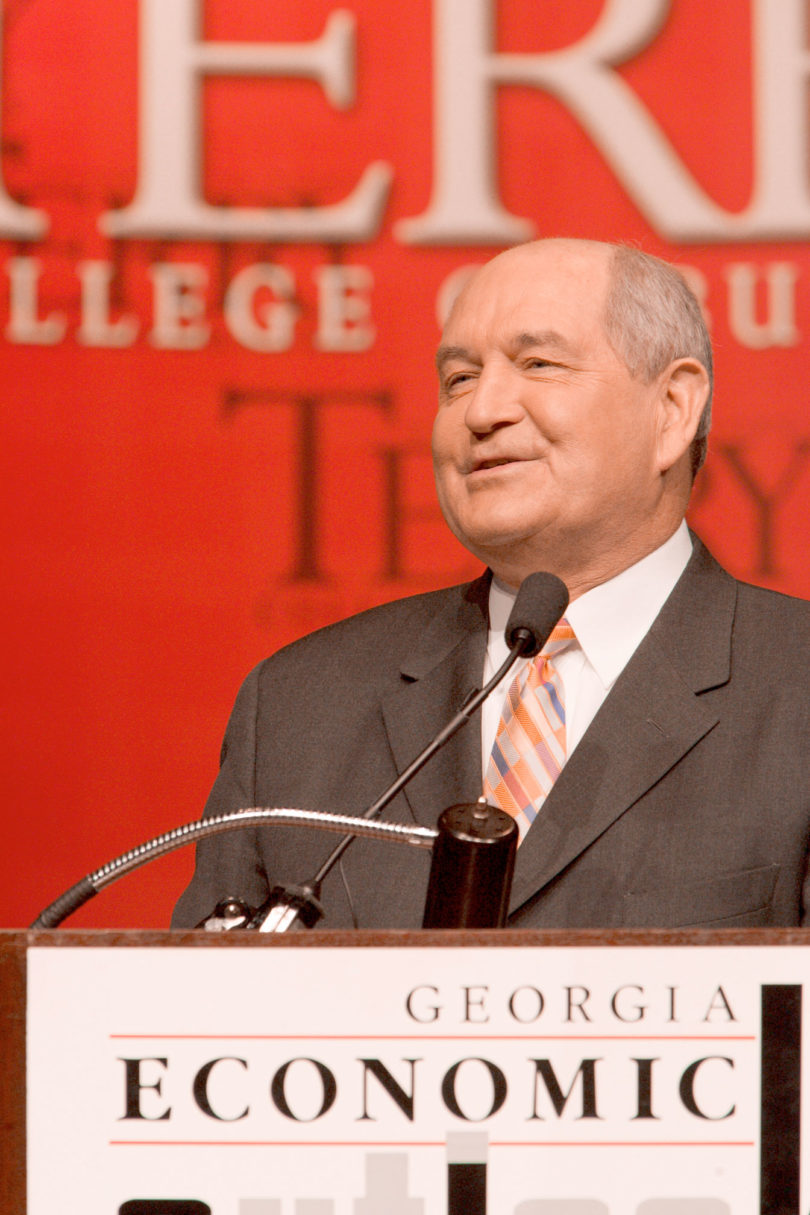 The state’s economy will grow at a faster pace in 2006, while the “go-go growth” of Atlanta’s economy appears to be gone for the foreseeable future, according to the forecast issued by the Terry College during its 23rd annual Georgia Economic Outlook luncheon, held last month at the Georgia World Congress Center.

Georgia’s economic growth, as measured by gross state product, will increase by 3.2 percent, improving upon the 3 percent increase expected for 2005, -according to Dean George Benson, who presented the Georgia portion of the forecast. The better news, said Benson, is that the pace of Georgia’s job growth will nearly double, from 0.7 percent in 2005 to 1.3 percent in 2006. That’s in sharp contrast to the slightly slower employment growth forecast for the U.S. economy in 2006.

“But even with this expected slowdown, U.S. job growth—at 1.5 percent—will again exceed Georgia’s,” he said.

UGA President Michael F. Adams emceed the program, welcoming guests with news on the progress of the university’s “Archway to Excellence” campaign and thanking UGA’s many benefactors for their generous support.

In what is becoming something of an annual tradition, Gov. Sonny Perdue took the opportunity during his opening remarks to preview some of the initiatives he intends to introduce in the 2006 Georgia General Assembly, among them a state-funded assistance program to help Georgia’s poor and elderly pay home heating bills and a “Georgia GI Bill” to provide education benefits to combat veterans from the state’s National Guard and Reserve units.

Those efforts notwithstanding, Perdue said the budget he releases this month will reflect his commitment to smaller government, focusing mainly on education, job creation and public safety.