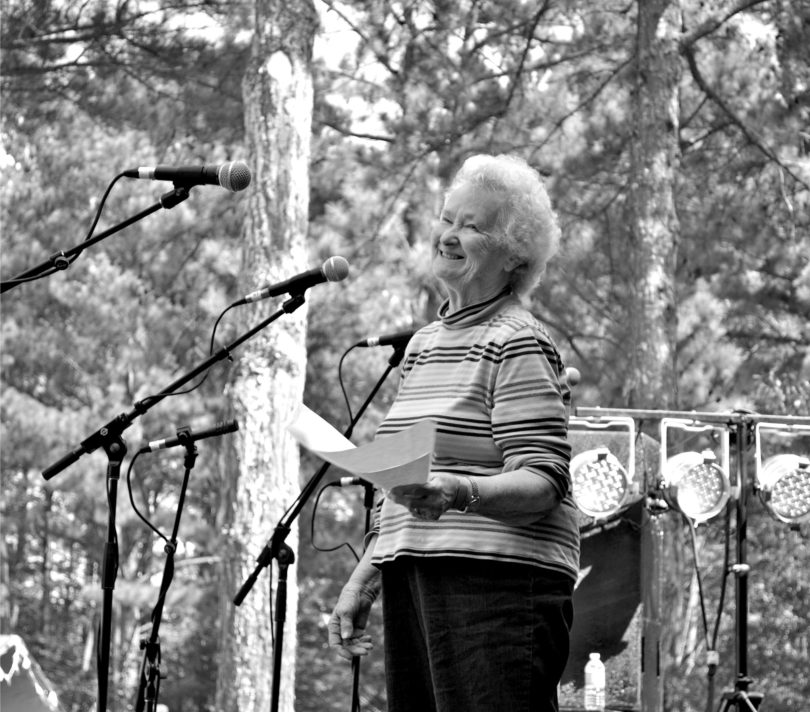 Singers and sisters Mary Lomax and Bonnie Loggins will perform a set of traditional ballads at 3 p.m. in the auditorium. Also performing will be Loggins’ son, Casey, and nonagenarian fiddler Roy Tench, who grew up as a neighbor to the sisters.

The sisters learned the traditional ballads from their father, Lemuel Payne, who sang for his family in the evenings on his farm in the Mud Creek section of Habersham County. Payne had a large repertoire of traditional songs that had been passed down orally through generations. His songs include centuries-old British ballads, murder ballads, comic ditties, mountain lyrics and pioneer-days hymns. The songs have been remembered and performed by his daughters, Lomax and Loggins, who did not begin performing the songs in public until they were in their 80s.

Published by Loomis House Press and CAMSCO Music, the book documents 59 songs, ballads and fiddle tunes, and includes two CDs with performances. The book chronicles Lomax’s life and the songs she and Loggins learned while growing up in the North Georgia mountains. The CDs feature performances by the sisters along with Casey Loggins, Pashie Towery and Tench.

After the performance there will be a reception and an opportunity to purchase “The Mary Lomax Ballad Book” and have it signed by Rosenbaum and the performers. The program is open free to the public.

Rosenbaum, retired art professor, is a familiar presence in the special collections libraries. He is a painter, muralist and illustrator, as well as a collector and performer of traditional American folk music. He researched and created a mural depicting post-1900 Georgia political history for the Richard B. Russell Library for Political Research and Studies gallery.

His folk music field work in the South and Midwest has resulted in more than 14 documentary recordings, several of which are on Smithsonian-Folkways. He wrote and illustrated two books, “Folk Visions and Voices: Traditional Music and Song in North Georgia” (1983) and “Shout Because You’re Free: The African American Ring Shout Tradition on the Coast of Georgia” (1998), both published by the University of Georgia Press.

He has donated his field recordings to the Walter J. Brown Media Archives and Peabody Awards Collection.