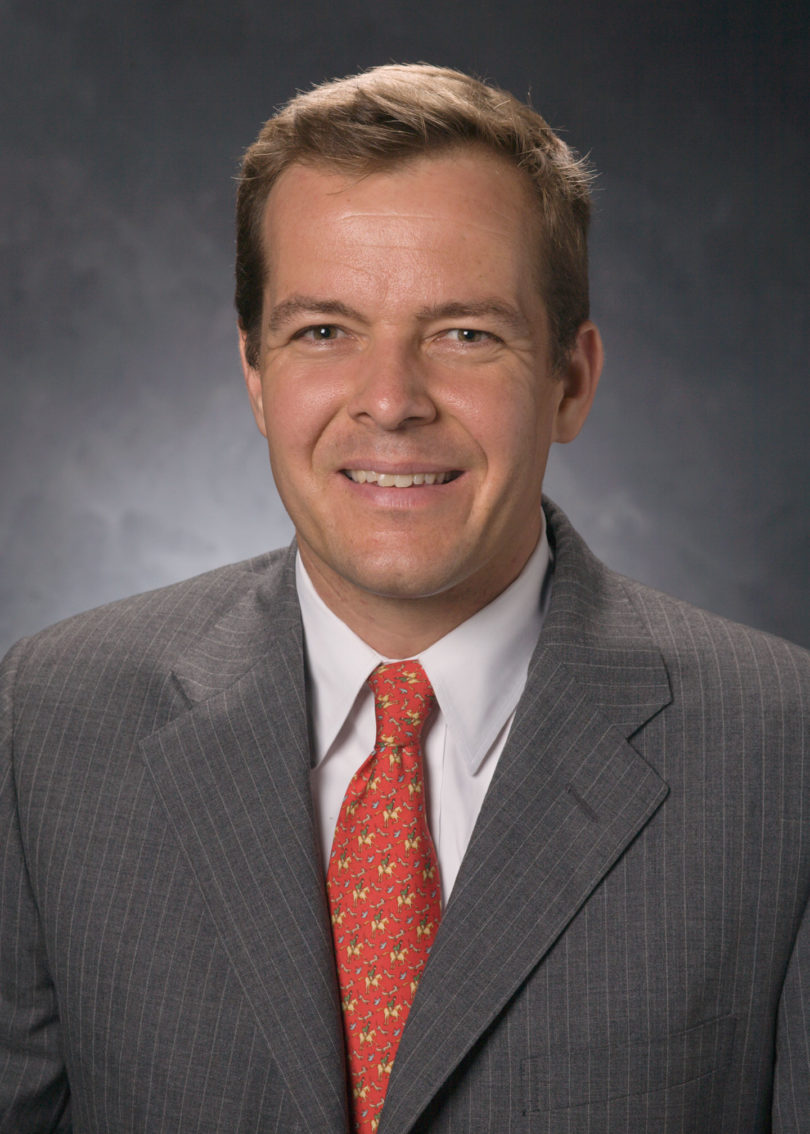 Athens, Ga. – Peter B. “Bo” Rutledge, a leading scholar in the fields of international dispute resolution, arbitration and the U.S. Supreme Court, has been named dean of the University of Georgia School of Law following a national search.

Rutledge, the Herman E. Talmadge Chair of Law, has served as the associate dean for faculty development at Georgia Law since 2013. His appointment as dean is effective Jan. 1.

“The School of Law enjoys a reputation as one of the best public law schools in the nation, and we had an extraordinary group of finalists for its deanship,” said Senior Vice President for Academic Affairs and Provost Pamela Whitten, to whom the deans of UGA’s 17 schools and colleges report. “Professor Rutledge emerged as the ideal leader for Georgia Law because of his commitment to promoting excellence in faculty scholarship, which informs the practice of law across the state, nation and world as well as the instruction that students receive.”

As associate dean for faculty development, Rutledge worked closely with faculty to expand scholarly activities. He mentored untenured faculty, provided strategic guidance on publishing and engaging with external audiences, and built connections among faculty through colloquia and other events to stimulate new ideas.

His scholarship includes two books and nearly 40 articles and book chapters in leading academic journals such as the University of Chicago Law Review and university presses such as the Cambridge University Press and Yale University Press. He has delivered invited lectures at universities in 10 countries, including Oxford University, the London School of Economics and the University of Vienna, where he was a Fulbright Scholar. He has testified before Congress on several occasions and has provided written statements to the Georgia Legislature on pending bills. In 2008, the Supreme Court of the United States appointed Rutledge to brief and argue the case of Irizarry v. United States as a friend to the court-someone who is not a party to the case-in the successful defense of the judgment of the lower court.

“Bo Rutledge has a very strong and impressive record of legal scholarship and professional accomplishments,” said UGA President Jere W. Morehead. “I am confident that he will continue to elevate the academic stature of our law school, which already is one of the very best in the nation.”

Rutledge joined the Georgia Law faculty in 2008 as an associate professor, was named full professor in 2011 and named the Herman E. Talmadge Chair of Law in 2012. He recently headed an initiative to launch a new master in the study of laws program, which enrolled its first students this fall. In his role as the law school’s clerkship advisor, he built professional connections across the state and nation and also worked closely with students, faculty and alumni to support the law school’s efforts to place students and alumni in prestigious clerkships with federal judges. His effort helped make Georgia Law one of the top 10 schools in the nation in clerkship placements.

“The School of Law is one of the finest in the nation; it is home to internationally known scholars, dedicated teachers and a renowned advocacy program.” Rutledge said. “I look forward to working with my colleagues, the law school’s loyal alums and the broader legal community to ensure the law school continues to produce cutting-edge legal scholarship and to provide a first-class legal education to our students.”

Rutledge has received several teaching awards throughout his career, including the John O’Byrne Award for promoting faculty-student relations at UGA. In addition, the Georgia Law Class of 2014 selected him to serve as co-marshal at commencement. For more than a decade, he has been involved in an international arbitration program known as the Willem C. Vis International Commercial Arbitration Moot, a legal competition in Europe that brings students from nearly 200 schools around the world together.

He serves on the board of the Atlanta International Arbitration Society, regularly delivers speeches at the Georgia Bar’s Arbitration Institute and is actively involved in the Joseph Henry Lumpkin American Inn of Court, whose membership includes Georgia Supreme Court justices, federal judges and senior partners from some of the region’s most distinguished firms.

Prior to joining the Georgia Law faculty, Rutledge was an associate professor at The Catholic University of America in Washington, D.C. He previously practiced at Wilmer Cutler & Pickering (now Wilmer Cutler Pickering Hale and Dorr), where his practice included international dispute resolution and Supreme Court matters, and at Freshfields Bruckhaus Deringer, where his practice concentrated on international arbitration.

The search committee was chaired by Svein Øie, dean of the College of Pharmacy, and assisted by the UGA Search Group in Human Resources.

The UGA School of Law was established in 1859 and is consistently regarded as one of the nation’s top public law schools. With an accomplished faculty, which includes authors of some of the country’s leading legal scholarship, Georgia Law offers three degrees-the Juris Doctor, the Master of Laws and the Master in the Study of Law-and is home to the renowned Dean Rusk Center for International Law and Policy. Its advocacy program is counted among the nation’s best, winning four national championships in 2013-14 alone. Georgia Law counts six U.S. Supreme Court judicial clerks in the past nine years among its distinguished alumni body of approximately 10,000. For more information, see www.law.uga.edu.