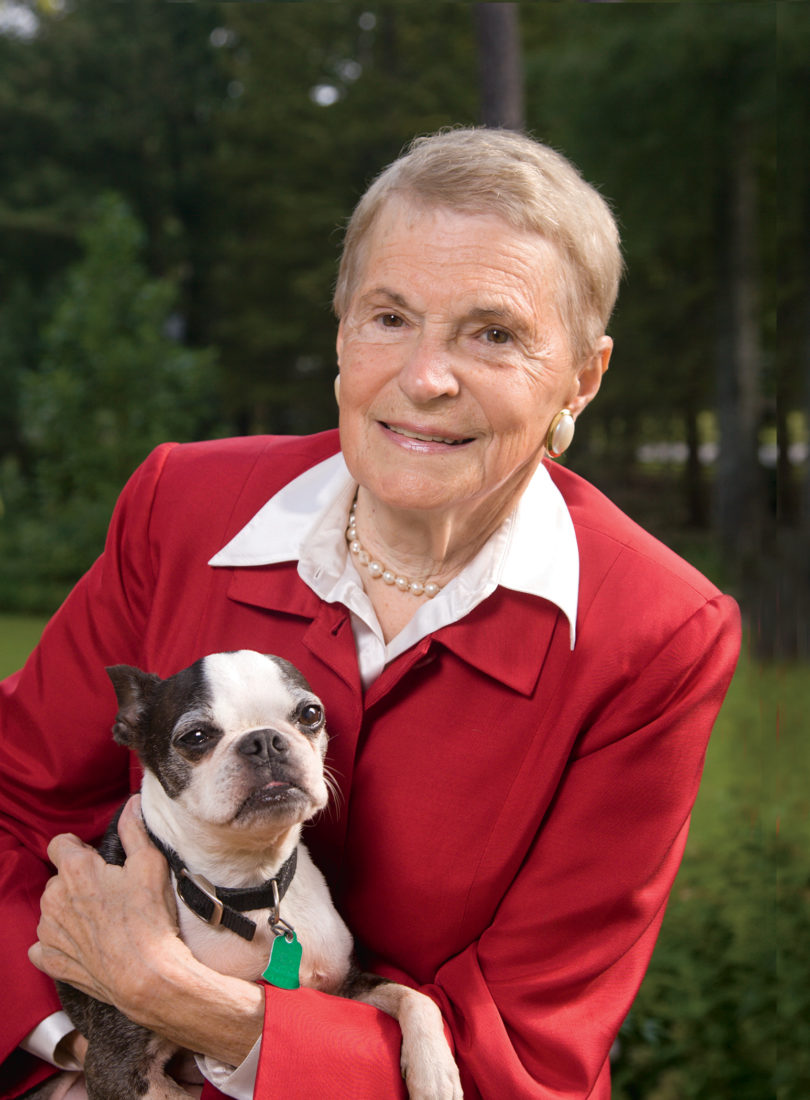 Athens, Ga. – Jane Seddon Willson, one of the University of Georgia’s most generous benefactors, died Tuesday, Nov. 3, in Albany. She was 92.

Together with her late husband Harry, Willson established a tradition of giving at the university that spanned more than six decades.

“Jane set a standard for philanthropy and service that few have surpassed,” said UGA President Jere W. Morehead. “She supported all aspects of UGA ranging from the Honors Program to the arts and humanities for many decades, creating avenues to promote research and creativity among faculty and to facilitate international travel-study for our students. She will be missed as a dear friend of the university and a personal friend of mine.”

One of the most visible and direct results of her philanthropy is the Willson Center for Humanities and Arts, which was named in honor of an endowment established by Jane and Harry Willson in 2005. The center promotes research and creativity in the humanities and arts and is a showcase for faculty innovation and achievement. The couple also funded the Jane and Harry Willson Professorship in Humanities and the Jane Willson Professorship in the Arts.

“Jane and Harry Willson transformed support for humanities and the arts at the University of Georgia. In doing so they enriched the lives of generations of students and faculty,” said Nicholas Allen, Franklin Professor of English and director of the Willson Center. “We will miss Jane very much and work every day with a commitment to grow her legacy into new and positive forms.”

When Harry Willson passed away in 2004, Willson honored her husband by endowing the William Harry Willson Distinguished Chair of Business in the Terry College of Business. The same year, she made one of the largest contributions in Honors Program history, funding the Willson International Honors Scholars Program, which allows high-achieving UGA students to travel and study around the globe. She also established a study abroad fellowship to Cortona.

“Jane was a remarkable person, and I am grateful to have known her,” said David S. Williams, associate provost and director of the Honors Program. “I am pleased that she left a lasting legacy with regard to the Honors Program. Honors students will study abroad in perpetuity as Willson International Scholars due to her generous support.”

Throughout the years, Willson gave generously to the Georgia Museum of Art, which named its sculpture garden in her and Harry Willson’s honor; the UGA Center for Trade and Security; and the Richard B. Russell Building Special Collections Libraries. She also donated funds to support the UGA Costa Rica Campus, UGA Libraries, State Botanical Garden of Georgia, Blue Key scholarships, Foundation Fellows, the College of Veterinary Medicine, the Franklin College of Arts and Sciences and the UGA Graduate School.

Born in New York City in 1923, Willson graduated from Wellesley College in Massachusetts in 1945. She and Harry Willson founded Sunnyland Farms in Albany in 1948 and developed it into one of the world’s largest purveyors of premium quality pecans and fine foods.

An extremely civic-minded individual, Willson held many community leadership posts, including serving as a board member of the Albany Chamber of Commerce, the United Way of Southwest Georgia and the Atlanta Opera. She was a retired director of Southern Bell Telephone and Telegraph Co. and was a former board member of the now Albany State University. She also served on the boards of the Albany-Dougherty Inner City Authority and Albany Technical College.

She is survived by her children Bill, Larry, Arthur and Jane, two grandchildren and five great-grandchildren. Her funeral service will be held Saturday, Nov. 7, at 10 a.m. at First United Methodist Church in Albany.