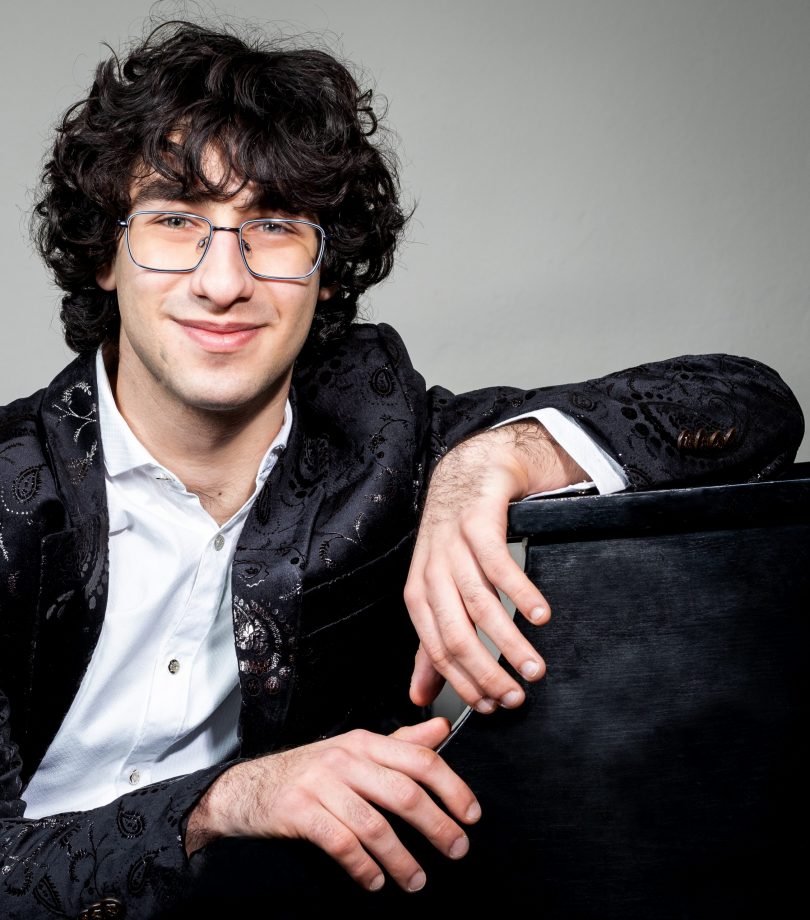 The program opens with Corea’s “Children’s Songs” before delving into major classical works by Nikolai Kapustin and Mily Balakirev. The centerpiece of the program is Sergei Rachmaninoff’s “Piano Sonata No. 2 in B-flat minor, Op. 36.”

Lando began playing the piano at age 3 and made his Carnegie Hall debut at age 6. He first received national attention at age 14, appearing on the piano bench alongside Lang Lang to perform the parts intended for Lang’s injured left hand, on tour and at Carnegie Hall’s opening night gala with the Philadelphia Orchestra led by Yannick Nézet-Séguin. Corea joined them for a three-handed version at some of the performances. In 2020, Lando was awarded the Gilmore Young Artist Award and was named Musical America’s “New Artist of the Month” for January.

Dedicated to making classical music accessible to his own generation, Lando has been featured on CNN’s Best of Quest, NPR’s “From The Top,” BBC Radio 4 and WQXR. A proponent of Sing For Hope’s mission, he served as a last-minute replacement for Lea Salonga at its 2017 Gala.

Winner of the Gold Medal at the 2017 Berlin International Music Competition, Lando has participated in the Artemisia Akademie at Yale University, is an alumnus of the Lang Lang International Music Foundation, and is a student of Hung-Kuan Chen (YCA alumnus) and Tema Blackstone at Juilliard Pre-College.

Lando’s performance will take place live on Friday, April 2, at 7:30 p.m. The performance will be livestreamed and available on demand for six days online at pac.uga.edu. The recital will last approximately 60 minutes and will be performed without an intermission. Physical distancing and use of face coverings will be required at all times while inside the Performing Arts Center. Capacity for in- person attendance will be significantly reduced. A list of the venue’s COVID-19 safety protocols can be found online at pac.uga.edu.

Tickets for the performance cost $20-25 to attend in person or $10 to watch online and can be purchased at the Performing Arts Center box office, online at pac.uga.edu or by calling 706-542-4400. A limited number of discounted tickets for in-person attendance or online viewing are also available to current UGA students with a valid UGA ID (limit one ticket per student).

The UGA Performing Arts Center is located at 230 River Road in Athens. Free parking is available for this performance in the surface lot and parking deck adjacent to the building.