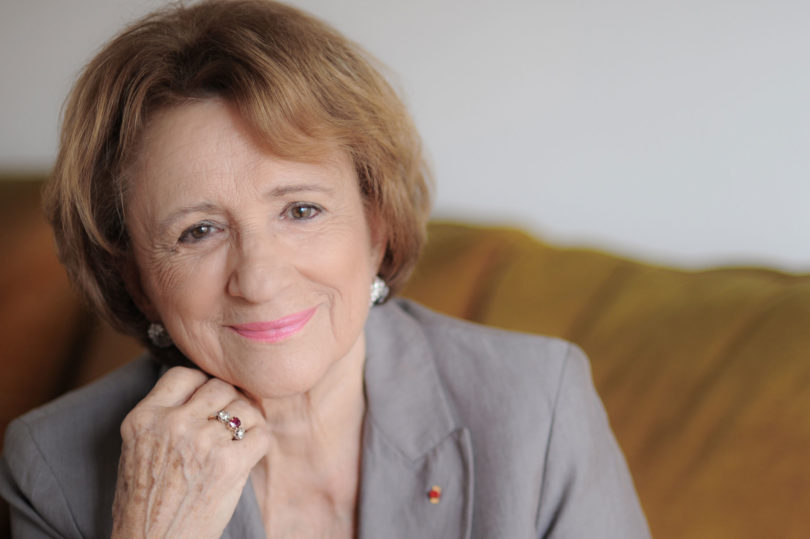 Nicole le Douarin will deliver the fall 2012 George H. Boyd Distinguished Lecture at the University of Georgia on Wednesday

Athens, Ga. – World renowned embryologist Nicole le Douarin, honorary professor at the College of France, will deliver the fall 2012 George H. Boyd Distinguished Lecture at the University of Georgia. She will speak at 3:30 p.m. on Oct. 10 in room 101 of the Pharmacy South building. Her lecture is titled, “Tracing the Migration of Cells during Development: An Overview of 40 Years of Studies with the Avian Embryo.”

“We are thrilled to have Dr. le Douarin visit campus,” said David Lee, UGA’s vice president for research. “She has had a long and illustrious career unraveling the migration and differentiation of cells during mammalian development. Her work has provided multiple fundamental insights in developmental biology, neurobiology, immunology and hematopoiesis. She is a wonderful role model for our younger scientists.”

Le Douarin is a pioneer of modern developmental biology. She is particularly famous for her work with quail-chicken chimeras, artificially created birds that contain cells of both animals. Her landmark 1969 paper describing a new method to track the development of embryonic neural cells in these chimeras provided an unprecedented ability to observe and characterize these multipotent cells that go on to become cartilage, bone, muscle, skin pigment and many other critical structures.

Le Douarin famously observed that the nucleus of neural cells in the quail embryo were much larger and more pronounced than those of a chicken. She later used this observation to create a quail-chicken chimera by removing part of a chicken’s neural tube, the embryonic precursor to the central nervous system, and replacing it with a neural tube from a quail that had been stained using a special dye. Under a microscope, the donor quail cells were clearly distinct from the chicken’s host tissues, allowing le Douarin to track and observe the donor cells as they went on to form the central nervous system of the quail-chicken chimera.

These observations shed considerable light on the importance of embryonic science as a tool to understand development and evolution of not just birds, but all vertebrates.

Over the course of her career le Douarin has authored or co-authored more than 500 publications. She was director of the Institute of Embryology and director of research at the French National Center for Scientific Research for 25 years. In 1988, she was the third woman in 500 years to be admitted as a member of the College of France. Her other numerous awards and distinctions include the Grand Cross of the National Order of The Legion of Honor (2010), the Ralph W. Gerard Prize in Neuroscience (2007), honorary permanent secretary of the Academy of Sciences (2006), the Pearl Meister Greengard Prize (2004), Grand Prix de la Fondation pour la Recherche Médicale (1999), Grande Médaille d’Or de la Société d’Encouragement au Progrès (1998) and the Kyoto Prize in Advanced Technology (1986).