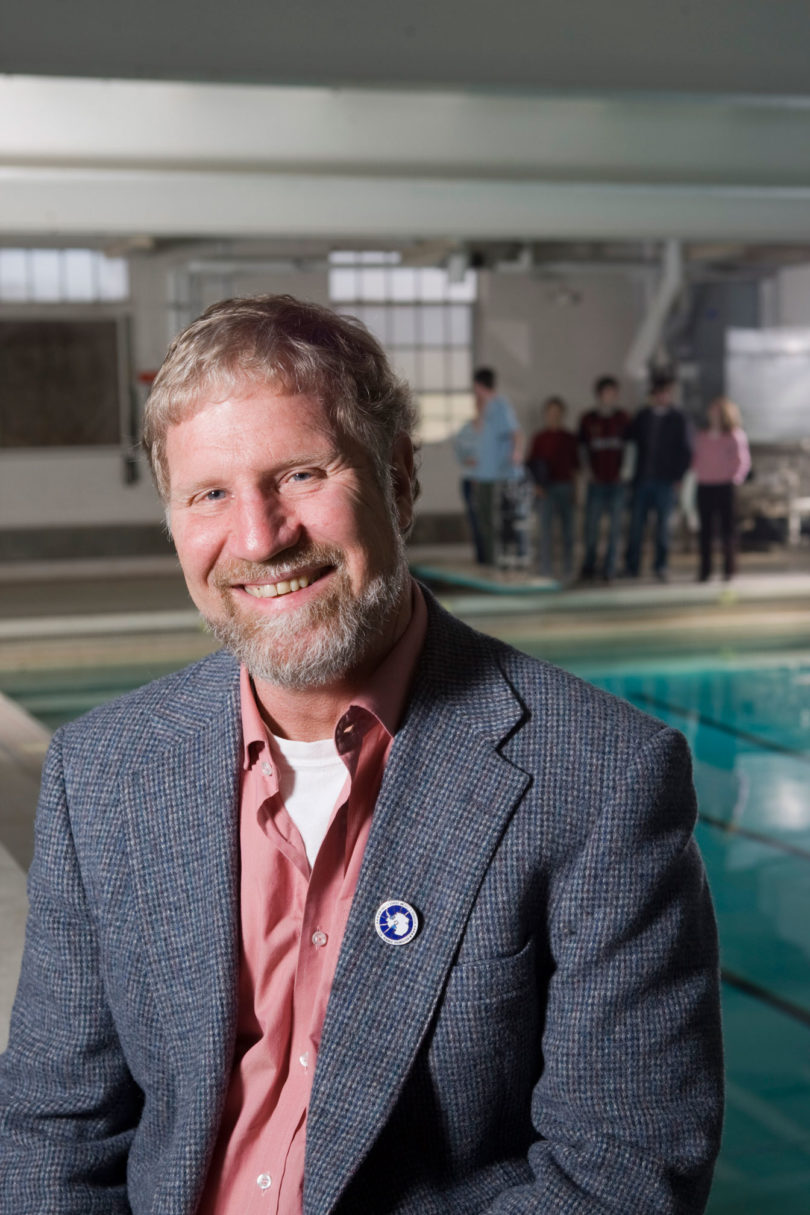 James Hollibaugh is a Distinguished Research Professor of Marine Sciences in the Franklin College of Arts and Sciences.

Athens, Ga. – Buried deep in the mud along the banks of a remote salt lake near Yosemite National Park are colonies of bacteria with an unusual property: they breathe a toxic metal to survive. Researchers from the University of Georgia discovered the bacteria on a recent field expedition to Mono Lake in California, and their experiments with this unusual organism show that it may one day become a useful tool for industry and environmental protection.

The bacteria use elements that are notoriously poisonous to humans, such as antimony and arsenic, in place of oxygen, an ability that lets them survive buried in the mud of a hot spring in this unique saline soda basin.

“Just like humans breathe oxygen, these bacteria respire poisonous elements to survive,” said Chris Abin, author of a paper describing the research published recently in the journal Environmental Science & Technology and a doctoral candidate in microbiology. “It is particularly fond of arsenic, but it uses other related elements as well, and we think it may be possible to harness these natural abilities to make useful products out of different elements.”

Antimony, for example, is a naturally occurring silver-colored metal that is widely used by numerous industries to make plastics, vulcanized rubber, flame retardants and a host of electronic components including solar cells and LEDs. To make these products, antimony must be converted into antimony trioxide, and this bacterium is capable of producing two very pure kinds of crystalline antimony trioxide perfectly suited for industry.

Traditional chemical methods used to convert antimony ore into antimony trioxide can be expensive, time-consuming and they often create harmful byproducts. But the bacteria discovered by UGA researchers make antimony trioxide naturally as a consequence of respiration, creating a useful industrial product without creating noxious byproducts or requiring legions of specialized equipment.

“The antimony trioxide crystals produced by this bacterium are far superior to those that are currently produced using chemical methods,” said James Hollibaugh, UGA Franklin College of Arts and Sciences Distinguished Research Professor of Marine Sciences and principal investigator for the project. “We tested the crystals we made alongside commercially available products that are 99 percent pure, and ours is either of identical or superior quality.”

Hollibaugh and Abin think it might be possible for industry to maintain large cultures of their bacteria in simple holding tanks, feed it oxidized antimony and collect the antimony trioxide crystals as they form naturally. After harvesting the crystals, manufacturers would need only to feed more oxidized antimony into the tanks to keep the predominantly self-sustaining process going.

But the bacteria’s usefulness is not restricted to refining antimony. It possesses a number of different enzymes that allow it to use other dangerous elements that accumulate in wastewaters near mines or refineries and pose serious threats to humans and animals. For example, the bacteria are capable of reducing other contaminants including selenium and tellurium.

Preliminary tests suggest that the bacteria could be used to remove these pollutants from the wastewater and protect the surrounding ecosystems.

“It might be used in one of two ways,” said Hollibaugh. “The bacteria could be used simply to clean up the water, but it might also be possible for the bacteria to help humans recover and recycle the valuable elements in the water.”

Both Abin and Hollibaugh caution that more research must be done before any of these applications are ready to deploy. UGA has applied for patents to protect these unique processes as well as the bacterium itself, and they are currently testing the bacteria’s efficacy in different environments and conditions to discover how the bacteria react when they are exposed to a variety of metals simultaneously.

“UGA is currently seeking partners interested in licensing this technology and also partnering with professor Hollibaugh toward the development of additional industrial uses for the invention,” said Gennaro Gama, senior technology licensing manager at UGA. “We believe this technology represents a feasible solution to many kinds of environmental contamination, but it also is useful for producing important commodities such as antimony trioxide, elemental selenium and tellurium.”