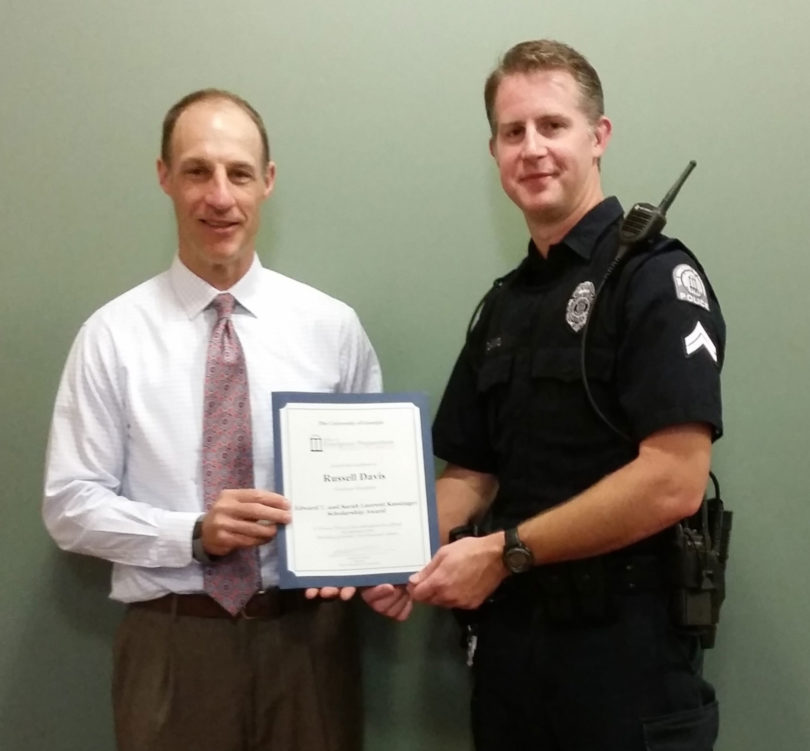 The scholarship is provided to graduate and undergraduate students who complete academic degrees while employed full time as a UGA police officer or as a working student in the criminal justice studies program at UGA.

The scholarship is named for Edward Kassinger, director of the UGA Public Safety Division from 1969-1983, and his late wife, Sarah. It was established in 1984 by former employees and friends of the Kassingers who believe that students who work to help pay educational expenses should be recognized.

Davis has been a member of the UGA Police Department since 2014. He received a master’s degree in criminal justice from the University of Cincinnati in April.

Ian has been employed by the Athens-Clarke County Police Department since 2014. In August 2015, he received a bachelor’s degree in criminal justice/pre-law from UGA.

Awarded annually, the Kassinger Scholarship is administered by the UGA Office of Emergency Preparedness.