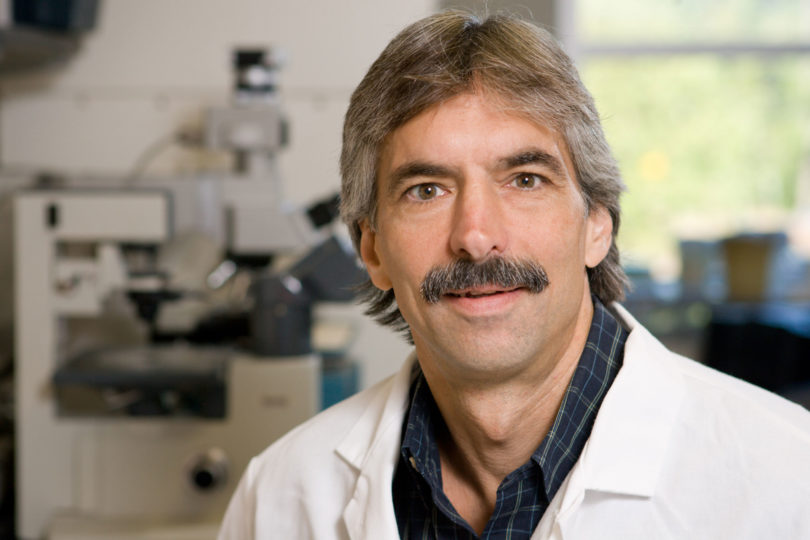 Mark W. Jackwood, a UGA molecular virologist known for his work in avian diseases, has been appointed head of the department of population health. The department includes the College of Veterinary Medicine’s food animal management program, laboratory animal veterinarians and two significant areas of public service and outreach: The Poultry Diagnostic and Research Center and the Southeastern Cooperative Wildlife Disease Study.

Jackwood’s research has earned him numerous honors and awards, including the Creative Research Medal from UGA’s Research Foundation; the Pfizer Animal Health Award for ­Research Excellence, the highest research honor awarded by the college and one that he has received twice; the ­Upjohn Achievement Award for Outstanding Contributions to the Field of Avian Medicine Research, awarded by the American Association of Avian Pathologists; and the Bruce W. Calnek Applied Poultry Research Achievement Award.

Since 2001, Jackwood has served as secretary/treasurer of Southern ­Conference on Avian Diseases. In 2011, he co-organized the first International Avian Respiratory Disease Conference, held in Athens and attended by 179 scientists. He also is an active member of the American Association of Avian Pathologists and serves on the organization’s advisory board for avian diseases. He has served as a member, reviewer or editor of more than
25 professional publications worldwide.

He earned his B.S. and M.S. degrees at the University of Delaware and his Ph.D. degree in poultry science at Ohio State University.