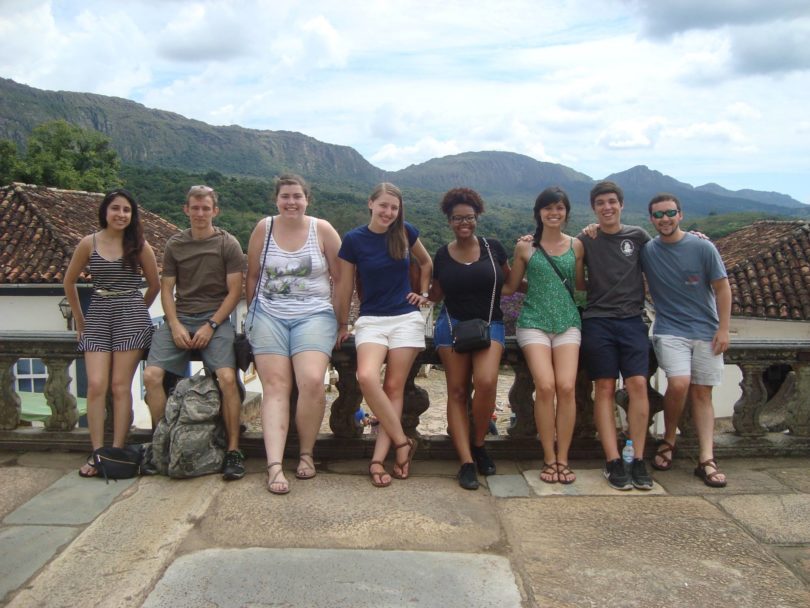 The University of Georgia Portuguese Flagship Program gives students an opportunity to spend a year in Brazil studying at the Federal University of São João del Rei and interning in positions related to their field of study. To date

Athens, Ga. – The University of Georgia’s Portuguese Flagship Program, the first Portuguese program of its kind in the nation, has been renewed for an additional four years. The program, which began in 2011, will receive approximately $3 million in additional funding from the U.S. Department of Defense’s National Security Education Program to continue its mission.

Students in the UGA Portuguese Flagship Program reach the highest levels of proficiency in Portuguese, a language growing in popularity and considered critical for U.S. interests. They then spend a year in Brazil, studying at the Federal University of São João del Rei and complete an internship related to their area of study.

Administered by the Institute of International Education in Washington, D.C., and unique in practice, flagship programs aim to help students enhance their current major with international and linguistic credentials. Flagship programs have been launched across the nation in Chinese, Russian, Arabic, Turkish and other languages considered vital to U.S. interests.

“Study abroad is one of the truly transformative experiences that a student can have in college, and the Portuguese Flagship Program takes that experience to a new level.”

Brazil, which will host the 2016 Summer Olympics, has experienced a rapidly growing economy, causing a surge in the demand for Portuguese speakers.

“The Flagship program, alongside our Latin American and Caribbean Studies Institute LACSI, provides UGA students with unprecedented opportunities and support, with approximately $500,000 annually in scholarship to study the language and pursue study abroad in Brazil.”

Portuguese is the seventh most spoken language in the world, but very few U.S. high schools and only a select number of university programs offer instruction in the language.

“The U.S. trails far behind many other countries in its preparation of K-12 and college students’ foreign language skills,” Moser said. “The language flagship has never been about business as usual and offers students a learner-centered approach that tailors language acquisition to the student’s particular interests.

“With high proficiency expectations, a commitment to innovative learning techniques and unique opportunities for overseas immersion and professional experience, students who go through our program are prepared with an international education that meets the needs of the 21st century.”

Since the program began, nearly 100 UGA undergraduates have participated; more than 60 have studied abroad in Brazil. Students have interned in the areas of business, health, foreign affairs, science, agriculture, technology and the arts—and have held internships at companies including PricewaterhouseCoopers, National Botanical Gardens, Portuguese Language Museum and Deutsche Bank. The program has also partnered with several public school systems to promote Portuguese instruction at the kindergarten-through-12th-grade level.

“The Portuguese Flagship Program is open to all students who are highly motivated language learners and want to engage the world on a global scale,” Moser said. “It’s like an honors program with a global twist and professional focus.”

The renewal of the grant and continuation of the program is made possible by the dedicated work of staff at the Latin American and Caribbean Studies Institute, including LACSI Director Richard Gordon, and the support of the Portuguese faculty in the department of Romance languages, he said.

For more information on the program, visit www.portflagship.org.