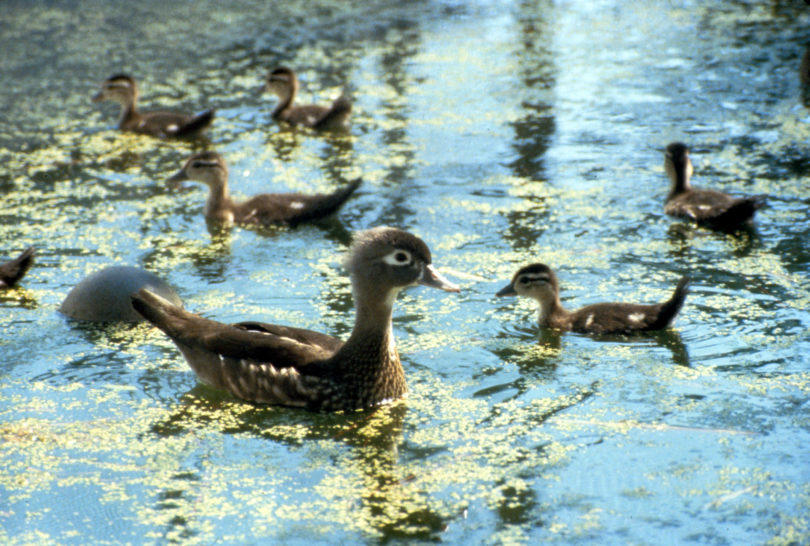 Athens, Ga. – Using long-term data and breeding history of female wood ducks, researchers at the University of Georgia’s Savannah River Ecology Laboratory set out to determine what affects the waterfowl’s ability to reproduce and survive.

Based on previous studies, the researchers predicted a wood duck’s nest success—defined as a bird’s ability to produce at least one offspring that departs from the nest—would come at a high cost to the hen and impact her survival, said Robert Kennamer, a research professional at the laboratory.

However, they discovered the opposite to be true, instead finding “a strong positive relationship between nest success and annual survival,” said study co-author Gary Hepp, a professor emeritus at Auburn University, who formerly worked at the laboratory.

Previous findings also document a bird’s body mass as an indicator of its condition. This led the team to predict that a larger female would be of better quality and more likely to reproduce successfully than a smaller female—and that they would be more likely to survive the breeding process into the next year. However, their findings proved this prediction to be false as well.

To obtain the data, the researchers set up 150 nest boxes in diverse wetland habitats on the Savannah River Site. They were able to observe 487 female birds—236 yearlings and 251 adults—during the capture, mark and recapture period.

Age, body mass and wetland condition—the amount of moisture contained within the wetland—were entered into a mathematical model to determine what caused year-to-year variations in survival rate.

Upon determining these factors were of little significance, and the number of successful nests had a greater influence on a bird’s survival, the team used a second mathematical model to thoroughly analyze nest success.

Kennamer said the study results indicate there are super females within a population that contribute to that population’s survival, and there are various unidentified factors that produce these birds.

“It is important for us to determine what defines or determines the quality because these high-quality females, or ‘super birds,’ are generally the most productive in these populations,” he said.

The researchers said future studies are needed to narrow down the cause of individual differences in the female population, including identifying factors that develop a super duck; those differences and findings need to be taken into consideration in the development of harvest regulations.

Bradley Alexander from Auburn University was also a co-author on the study.

The study, “Effects of current reproductive success and individual heterogeneity on survival and
future reproductive success of female wood ducks,” was published in the journal The Auk: Ornithological Advances and is available at http://www.aoucospubs.org/doi/full/10.1642/AUK-15-183.1.