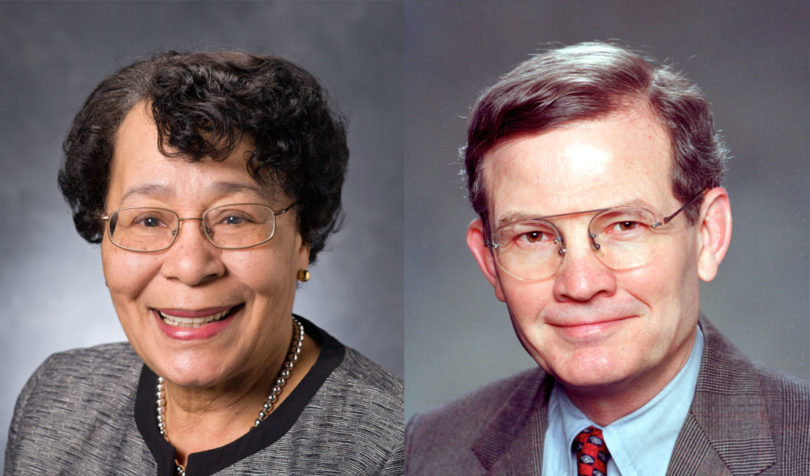 The University of Georgia will bestow one of its highest honors to Mary Frances Early, the first African-American to earn a degree from UGA, and Delmer “Del” Dunn, former UGA vice president for instruction, during Founders Day activities on Jan. 22.

“I am pleased that Mary Frances Early and Del Dunn will be honored for their decades of service to this university and to the state of Georgia,” said President Jere W. Morehead. “Ms. Early and Dr. Dunn both helped set new standards for educational excellence within their respective fields, and multiple generations of students have benefited from their exemplary leadership.” 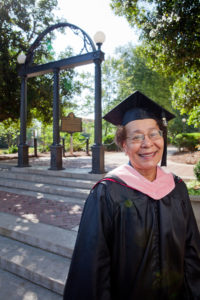 A native of Atlanta, Early came to UGA in the summer of 1961. Earlier that year, Charlayne Hunter-Gault and Hamilton Holmes became the first African-American students to enroll at UGA. Early had started postgraduate work at the University of Michigan when she transferred to UGA to complete her studies. She became the first African-American to earn a degree from UGA when she graduated on Aug. 16, 1962, with a master’s degree in music education. She returned in 1964 to continue her education, earning a Specialist in Education degree in 1967.

Early, who was class valedictorian at Henry McNeal Turner High School and earned a bachelor’s degree in music education from Clark Atlanta University in 1957, went on to become a music teacher, a planning and development coordinator, an elementary division curriculum specialist and a music resource teacher at various schools in Atlanta. She served as director of music for the Atlanta Public Schools. She became the first African-American president of the Georgia Music Educators Association in 1981, where she worked to develop all-state standards for music education.

Following her keynote address in 2000, the UGA Graduate and Professional Scholars renamed its annual spring lecture in her honor. 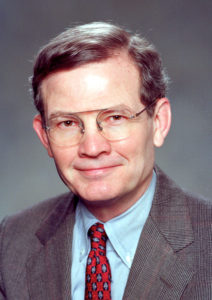 Dunn’s distinguished career as a professor and administrator spanned nearly 40 years at UGA before he retired as the university’s vice president for instruction in 2006. He was a Regents Professor of public administration and policy in the School of Public and International Affairs. During his UGA tenure, he also served as director of the Institute of Higher Education, associate vice president for academic affairs, acting head of the political science department and director of the Institute of Government.

Dunn received his doctorate in political science from the University of Wisconsin and joined the UGA faculty as an assistant professor in 1967, when O.C. Aderhold was president. Except for a two-year leave, he never worked elsewhere. Dunn’s research has focused on such areas as public administration, government and mass media, American elections and academic administration. He has written three books as well as dozens of book chapters and journal articles.

He taught hundreds of students, including children of former students. A member of the UGA Teaching Academy, the Honors Program faculty and a Senior Teaching Fellow, he has taught at all levels, from introductory to advanced graduate courses.

As vice president, Dunn focused on improving learning opportunities for UGA students and challenging them to perform better academically. His office also was instrumental in establishing the Office of Service-Learning.

Dunn has been president of the National Association of Schools of Public Affairs and the Pi Alpha Alpha national honor society for public affairs and administration. He also was founding president of the Southern Consortium of University Public Service Organizations and has been active in the American Society for Public Administration and both the American and Southern Political Science Associations.