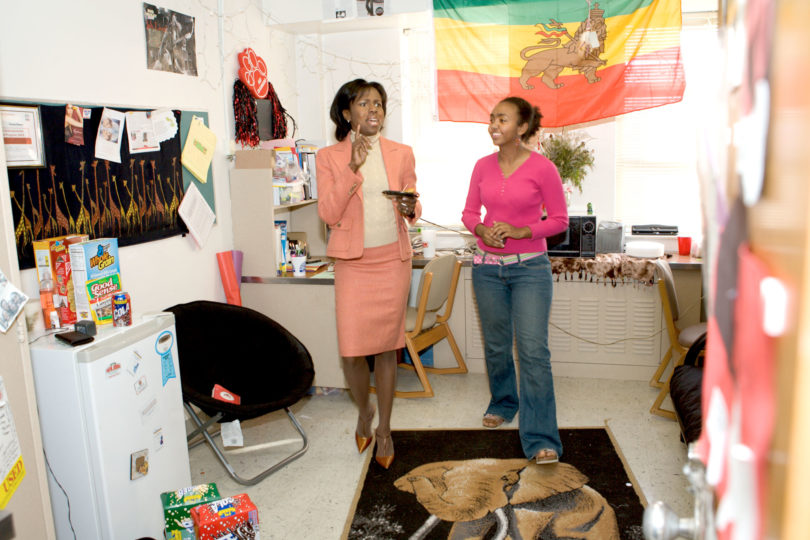 It was a lecture 45 years in the making.

When ABC News correspondent Deborah Roberts stepped up to the Chapel’s podium to deliver the 21st annual Holmes-Hunter Lecture, she emphasized that the struggle for equality for women and minorities is an ongoing battle, not a resolute victory.

Roberts, a reporter for 20/20 and UGA alumna, recounted her own experiences climbing through broadcast news to sit beside Barbara Walters and how Charlayne Hunter-Gault and the late Hamilton ­Holmes, the first African-American students enrolled at UGA, paved the way for her education and subsequent career.

“At that time, back in 1961, I had no idea what was going on here at UGA. As a little girl in Perry, Ga., I did not know that what Hamilton Holmes and Charlayne Hunter-Gault were doing was some day going to shape my future,” she said.

Years later, she walked under the Arch in their footsteps and began to help blaze trails for minorities and women in broadcast news. She used her biography as a metaphor for the minority experience nationwide.

“It wasn’t strange for me to be here when I came to college. There were people like me around,” she said.

But even with an Emmy award, fame and industry-wide respect, Roberts said she’s still not at the top of her field. Women and minorities have a long way to go to reach equality, she said.

“Look around, things aren’t the same as when Hunter-Gault and Holmes first stepped on campus that day in 1961. There are many more diverse faces on television, but when I have a meeting on the executive floors with the ABC News executives, most of the faces I see are predominately male and white,” she said.

Roberts graduated from UGA’s Grady College of Journalism and Mass Communication in 1982, and started her broadcast career in Macon, moving up to Columbus and eventually the national media.

She was the second UGA alumnus to deliver the lecture, behind Hunter-Gault herself.