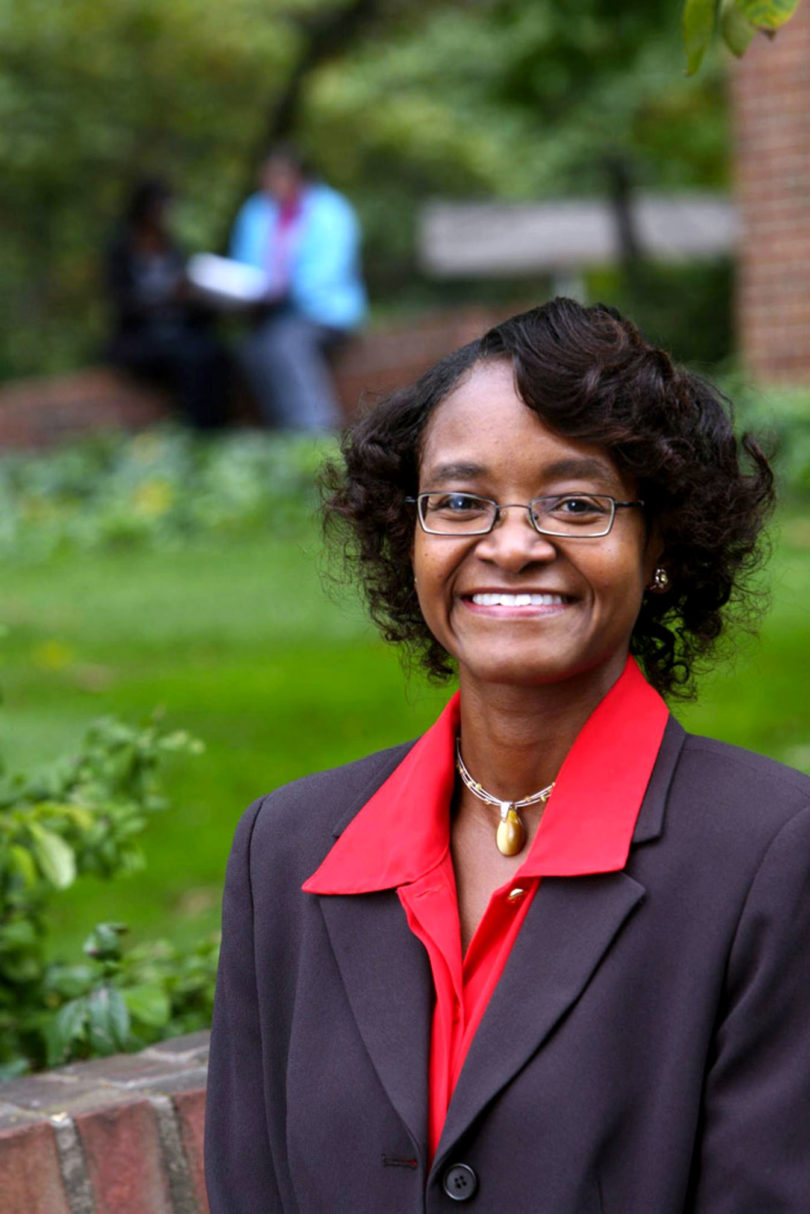 In wedding ceremonies, as marriages just begin, it’s traditional for the couples to vow commitment “ ’til death do us part.”

In wedding ceremonies, as marriages just begin, it’s traditional for the couples to vow commitment “ ’til death do us part.”

Chalandra Bryant, a professor of human development and family science in the College of Family and Consumer Sciences, studies what happens in marriage between that wedding day and when the marriage ends, no matter the cause.

“The stuff in the middle, that’s the magic,” Bryant said.

But untangling and analyzing that “stuff” to determine how factors, such as race, ethnicity, health issues, children and finances, interact to strengthen or strain a marriage takes time and lots of data, said Bryant, who joined UGA in 2010 after having spent eight years at Pennsylvania State University.

In her years of research, Bryant said she has found very little information highlighting the positive aspects of African-American couples.

“A lot of research focuses on African-American single parents or their low marriage rates and high divorce rates,” she said. “Rarely do studies examine what contributes to African-American marital success. Heck, rarely, do we find studies that focus exclusively on large samples of African-Americans who have chosen to marry.”

To fill that gap, Bryant spent the past few years interviewing 700 African-American newlywed couples. Participants in the study, who ranged in age from 20 to 75 when first interviewed, were each asked nearly 800 questions that covered the gamut of their physical and mental health, in addition to questions about how they handle conflict with their spouse, their views on child-rearing and their relationships with their new in-laws.

Already Bryant is combing through a wealth of information that could help demystify some of the magic that is found in relationships and help answer questions about African-American marriages.

For example, past research has shown that African-Americans tend to have strong connections with their extended families, and most researchers have interpreted those connections as positive.

However, Bryant wants to know what happens if a newlywed couple feels pressured to help their parents, grandparents or siblings financially, especially during the early years of marriage when couples are trying to establish their own households. Does the extended family become an additional source of stress rather than a support?

On the question of children, Bryant notes that earlier research has shown that marital satisfaction takes a dip when a child is born.

Bryant also is closely examining the role of health issues on relationships. She already has found that the men and women in her study react differently to both their own weight and that of their spouse.

“Spending time together on a hobby, household chores, going out or talking-the stuff in the middle of the structural equation model-is important,” she said.

Bryant also is expanding her research to explore the impact of genetics on marital satisfaction. She currently is exploring whether a good marriage can moderate a spouse’s genetic predisposition toward depression and substance use.