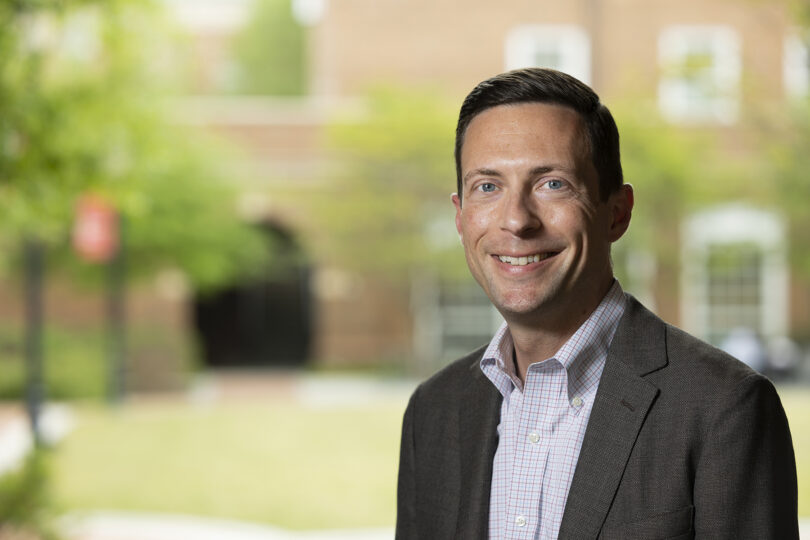 Alex Reed is an associate professor and director of the Legal Studies Certificate Program in the Terry College of Business. (Photo by Andrew Davis Tucker/UGA)

Alex Reed aims his research on discrimination in the workplace

Alex Reed had sat in dozens of courtrooms before, but nothing compared to this.

It was a chilly October morning in 2019 when Reed, an associate professor and director of the Legal Studies Certificate Program in the Terry College of Business, stood in line outside the Supreme Court of the United States waiting to watch arguments in the case of Gerald Lynn Bostock v. Clayton County, Georgia. The landmark case concerned employment discrimination based on sexual orientation and gender identity.

For Reed, a legal scholar specializing in employment law, attending these arguments was his Super Bowl. He woke up at 2 a.m., was in line by 3 a.m., and spent the next six hours chatting with the dozens of lawyers, law professors and Equal Employment Opportunity Commission officials hoping to get a coveted seat in the courtroom.

“We finally made it into the courtroom—many people don’t realize just how small the space is, and you’re right up there just a few feet away from the justices,” Reed said, remembering the day. “If you’re a legal nerd like me, it’s the equivalent of going to see your favorite band or sports team and having front row seats.”

Born and raised in Georgia, Reed is a Double Dawg, earning his bachelor’s degree in real estate in 2003 and his Juris Doctor from the School of Law in 2006. After graduation, he worked as a securities lawyer with Alston & Bird LLP in Atlanta, but his goal was always to return to academia.

He got his wish in 2010, returning to UGA to teach, write and focus his research on employment law. He recognized that employment discrimination on the basis of sexual orientation and gender identity posed a significant risk for employers, both in terms of legal liability and recruiting and retaining top talent. Although Congress had considered dozens of legislative proposals to address the issue, none of these bills ever became law, leaving the legal landscape highly unsettled prior to 2020.

Only recently have lawyers fought discrimination against LGBTQ persons as a form of gender discrimination. Reed researched and wrote about this premise extensively leading up to the case of Bostock v. Clayton County—one reason why he was eager to attend the case’s oral arguments.

A major benefit of seeing the arguments in person was being able to bring that experience back to the classroom. Using high-profile, real-world examples is critical for keeping students engaged.

“I think we’re all mindful of the importance of connecting abstract concepts to what’s happening on the front page of today’s Wall Street Journal,” Reed said. “To the extent you’re able to make that connection for students, it helps to capture and hold their interest.” 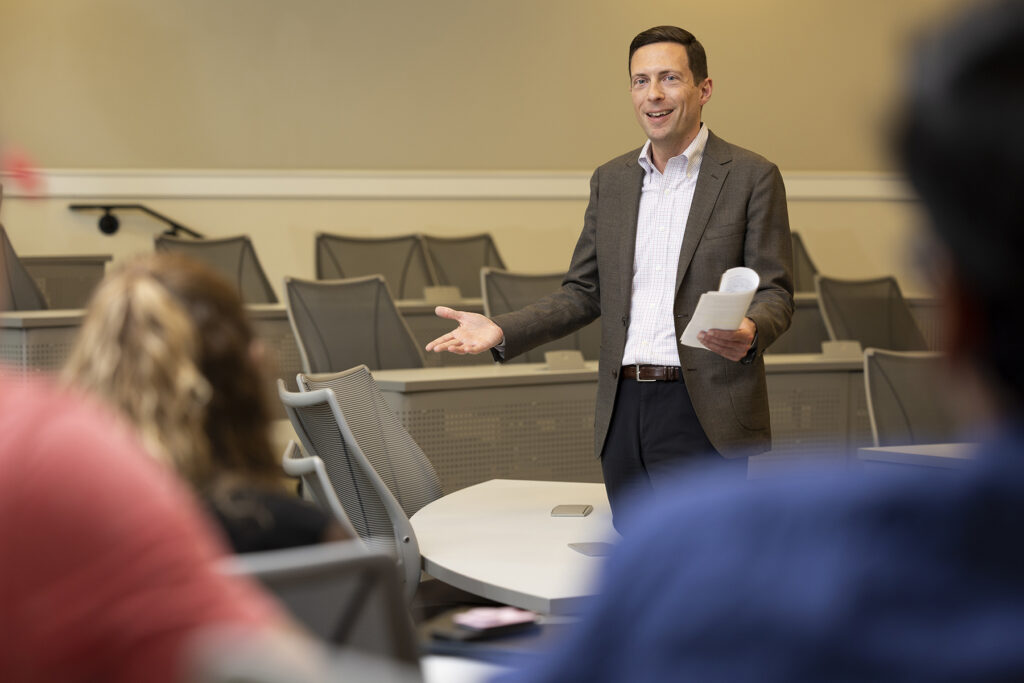 In addition to employment law, Alex Reed teaches both undergraduate and MBA courses on negotiation. (Photo by Andrew Davis Tucker/UGA)

As director of the Legal Studies Certificate Program, Reed is invested in the program’s entire curriculum and is an advocate of active learning in the classroom.

He monitors media to identify timely, real-world examples of the concepts covered in class. He believes the open-ended nature of these examples encourages critical thinking because students are less concerned with identifying “right” answers and avoiding “wrong” answers than they are with analyzing and exploring the relevant legal concepts.

In addition to employment law, Reed teaches both undergraduate and MBA courses on negotiation. His devotion to preparing students for the business world earned him the 2018 Russell Award for Excellence in Undergraduate Teaching and the 2017 Terry College Teaching Excellence Award.

He wants all students to develop an analytical way of thinking about the world.

“I think what my experience in private practice really drove home was that the biggest danger business people face is simply not recognizing a legal issue when it arises,” he said. “My goal is to make sure students have sufficient background in the law that they are able to spot legal issues when they come across their desks so that they can then flag them and hand them off to in-house legal counsel or an outside law firm. As the old saying goes, ‘an ounce of prevention is worth a pound of cure.’”