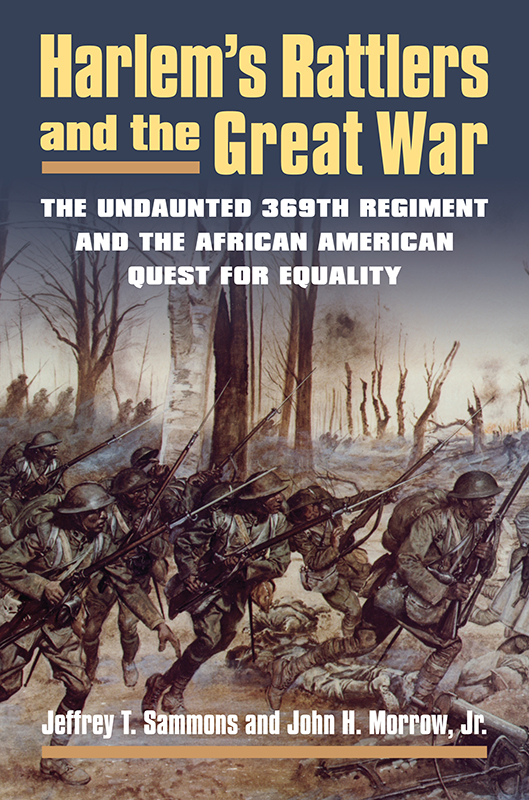 Harlem’s Rattlers and the Great War: The Undaunted 369th Regiment and the African American Quest for Equality
By Jeffrey T. Sammons and John H. Morrow Jr.
University of Kansas Press
Cloth or e-book: $34.95

In 1918, when a French lieutenant warned Henry Johnson of the 369th U.S. Infantry Regiment to move back because of a possible enemy raid, Johnson reportedly replied: “I’m an American, and I never retreat.”

The story, even if apocryphal, captures the mythic status of World War I’s 369th, the African-American combat unit-nicknamed Harlem’s Rattlers-who were said to have never lost a man to capture or a foot of ground that had been taken.