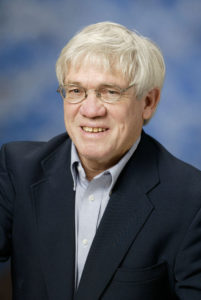 Whit Gibbons, professor emeritus of ecology and former head of the environmental outreach and education program at UGA’s Savannah River Ecology Laboratory, was quoted in National Geographic about a world without turtles.

A number of turtle species already are at risk of vanishing, with 61 percent of the 356 turtle species having become extinct or threatened in the modern era. The overexploitation for meat, the pet trade and habitat destruction have helped contribute to the turtles’ decline. A new study in the journal Bioscience looked at the decline of turtles, which are among the most threatened of the major groups of vertebrates. Turtles contribute to the world’s ecology and different cultures worldwide.

“Turtles are great scavengers, the garbage patrol of an area,” said Gibbons, who was co-author of the study. “They do no harm, and they do a lot of good.”